'Power Unlimited 2' Cast Has Ravi Teja In The Lead Role With Others; See Full List

'Power Unlimited 2' cast boosts of Ravi Teja as the main character with Raashi Khanna, and others. Read to know the actors and characters they play in the movie 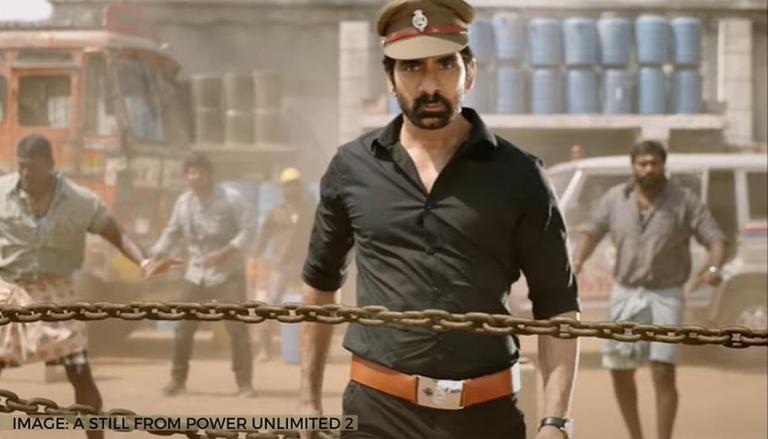 IMAGE: A STILL FROM POWER UNLIMITED 2


Power Unlimited 2 is an action comedy film directed by Vikram Sirikonda. The title is for the Hindi release of the Telugu-language movie Touch Chesi Chudu. It tells the story of a devoted family man, Kartikeya who has left his fearless and unconventional life as a cop behind. But his past resurfaces threatening his new life.

The cast of Power Unlimited 2 is lead by Ravi Teja as ACP Karthikeya. He leaves his profession as a cop and lives a normal life with his family as Karthik. Ravi is known for his work in movies like Nee Kosam, Khadgam, Venky, Neninthe, Kick, Raja the Great, and many more.

Among the important Power Unlimited 2 characters is Pushpa, portrayed by Raashi Khanna. She is a choreographer and love-interest of Karthik. Raashi has appeared in films such as Madras Cafe, Oohalu Gusagusalade, Bengal Tiger, Jai Lava Kusa, Villain, Imaikkaa Nodigal, Venky Mama, World Famous Lover, and others.

READ | Thellavarithe Guruvaram cast: Here's all you need to know about the fun entertainer

Power Unlimited 2 cast has Seerat Kapoor essaying Divya. She loves Karthik a lot and her parents even fix the engagement, which Karthik does not attend due to a mission, breaking Divya's heart who leaves him forever. Seerat made her acting debut with the Hindi film Zid and has been a part of Telugu projects like Run Raja Run, Tiger, Raju Gari Gadhi 2, Krishna and His Leela, and others.

READ | 'Wild Dog' OTT release, cast and other details about the Nagarjuna starrer

The cast of Power Unlimited 2 features Freddy Daruwala as Irfan Lala, in his Telugu cinema debut. He is the main antagonist of the movie, a goon who wants to become an MLA and develops a rivalry with Karthikeya. Freddy earned appreciation for his debut villain role in Holiday starring Akshay Kumar. He was then seen in Force 2, Commando 2, Umeed, and Race 3.

IMAGE: A STILL FROM POWER UNLIMITED 2