South Indian actor Prithviraj Sukumaran has backed out of actor Mohanlal’s directorial debut Barroz owing to a clash in dates and a hectic schedule. 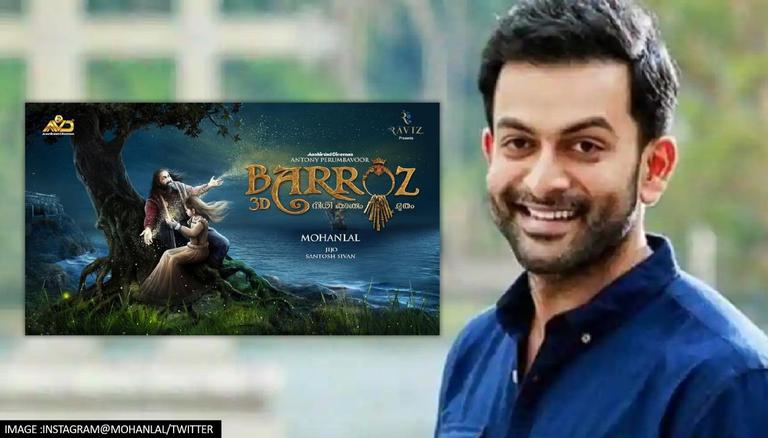 
South Indian actor Prithviraj Sukumaran has backed out of actor Mohanlal’s directorial debut Barroz owing to a clash in dates. The shooting of the upcoming film Barroz was delayed due to lockdown, which resulted in the clash of schedules for Prithviraj. The actor, who is currently shooting for his next film Kaduva, will soon join the shoot of Aadujeevitham to complete the remaining portions of the movie. Owing to this tight schedule, Prithviraj has opted to back out of Barroz.

According to Indian Express reports, Shayla McCaffrey, a teenage actress based in the US, known for her roles in Christmas Land and Extinct, has been replaced in Barroz. Maya, an Indo-British actor will instead do the role earlier assigned for Shayla. It is however unclear whether Prithviraj’s sudden exit from the film will affect the plans of Mohanlal’s first movie. The actor who has directed Mohanlal in his debut directorial venture Lucifer has already announced a sequel to the movie titled Empuran with Mohanlal in the lead.

Barroz has been in the news for many reasons including Mohanlal donning the director’s hat for the first time in his illustrious career spanning over four decades. Apart from directing the film, he will also be seen playing the titular role of Barroz – a mythological character, a genie, who guards Vasco Da Gama’s treasure. Barroz’s first teaser was released recently, which shows Mohanlal sitting in the director’s chair giving instructions to actor Mohanlal. Barroz is produced by Antony Perumbavoor under the banner of Aashirvaad Cinemas.

The teaser clip begins with Mohanlal getting a final check on lights and camera before calling for 'action.' In front of the camera, he is also seen walking wearing a costume and makeup of Barroz. He introduces himself as the Guardian of D'Gama Treasure. The clip then shows Mohanlal shouting 'cut.' He applauds the actor (played by himself) and compliments him by saying 'excellent.' However, he contemplates for a second and decides to do one more take of the scenes. Actor Mohanlal obliges the director's request without any questions.

Prithviraj Sukumaran, in his career of nearly 20 years, has worked across Malayalam, Tamil, Hindi, and Telugu films. Even when the cinema halls were shut last year due to the coronavirus pandemic-induced nationwide lockdown, Prithviraj continued to have releases on various streaming platforms. His last three projects, Bhramam, Cold Case and Kuruthi were released digitally to varied success and Prithviraj said transitioning to the OTT space was not difficult for the Malayalam film industry.