Prithviraj's special birthday surprise from Ella Bella bakehouse is sure to take you down memory lane with its unique presentation. Have a look at pics

Actor Prithviraj Sukumaran recently took to social media to share a bunch of pictures of the birthday surprise which was delivered to him recently. The special surprise, which is a mix of a number of delicious treats, was sent to him by a bakehouse which goes by the name Ella Bella. The wooden structure is studded with pictures of the actor in various iconic roles, taking the viewer down memory lane. Prithviraj's followers have also been loving the special gift as they flood the comments section with sweet messages.

Actor Prithviraj recently took to social media to update his fans on how his birthday has been progressing. He posted a few pictures of a wooden frame he received as a surprise gift from Ella Bella bakehouse. The structure has been put together in a unique format to create a personalized effect for the birthday boy.

The top layer has fake celluloid, out of which a belt of pictures is seen rolling out. This belt showcases Prithviraj in various characters that are remembered even today. The second layer has a bunch of creamy cakes to celebrate the actor's birthday in the best way. The largest cake in the frame seems to be made out of delicious cream and biscuit crust. The last two layers provide an elegant touch to the structure with classy and exotic decor including things like purple grapes and bright red cherries. They have also added a photo frame in the centre while wishing him a happy birthday.

In the caption for the post, actor Prithviraj Sukumaran has spoken about the unexpected gift and its beauty. He has mentioned that the gift is exquisite and truly left him surprised. He also thanked the senders for creating this beauty. Have a look at the post on Prithviraj Sukumaran’ Instagram here.

Read Prithviraj Sukumaran's Birthday: Prove You're True Fan Of The Actor By Taking This Quiz

In the comments section of the post, Prithviraj Sukumaran has received a number of birthday wishes from his fans. A few people have also spoken highly of the gift while others have used emoticons to put forth their thoughts. Have a look at few of the comments here. 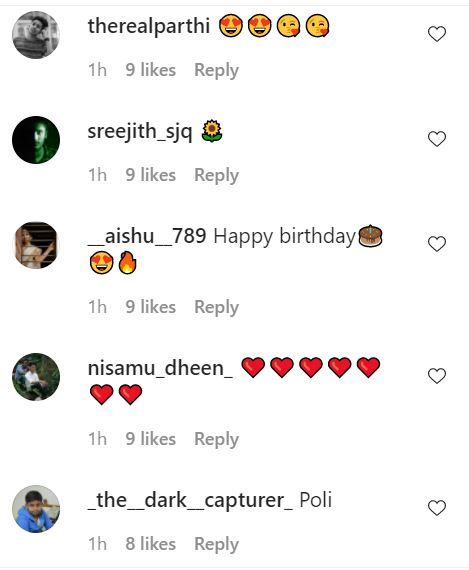