Actor Priya Bhavani Shankar finally revealed what her current relationship status is. Find out what the actor said about how to date her. 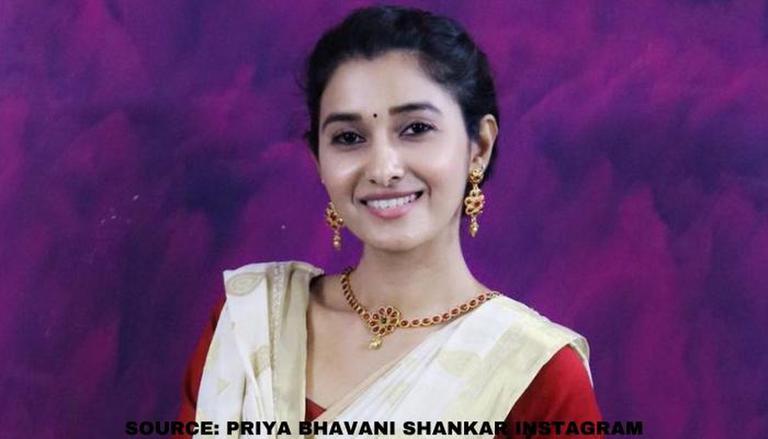 
On June 16, 2021, Priya Bhavani Shankar held a Q&A session on Instagram and one of her fans asked her about the actor's relationship status. She replied saying she was single, and cleared that she was not dating her rumoured boyfriend Rajvel Raj. Then, she went on to say in another answer that her fans were better off not knowing her because it could get complicated. 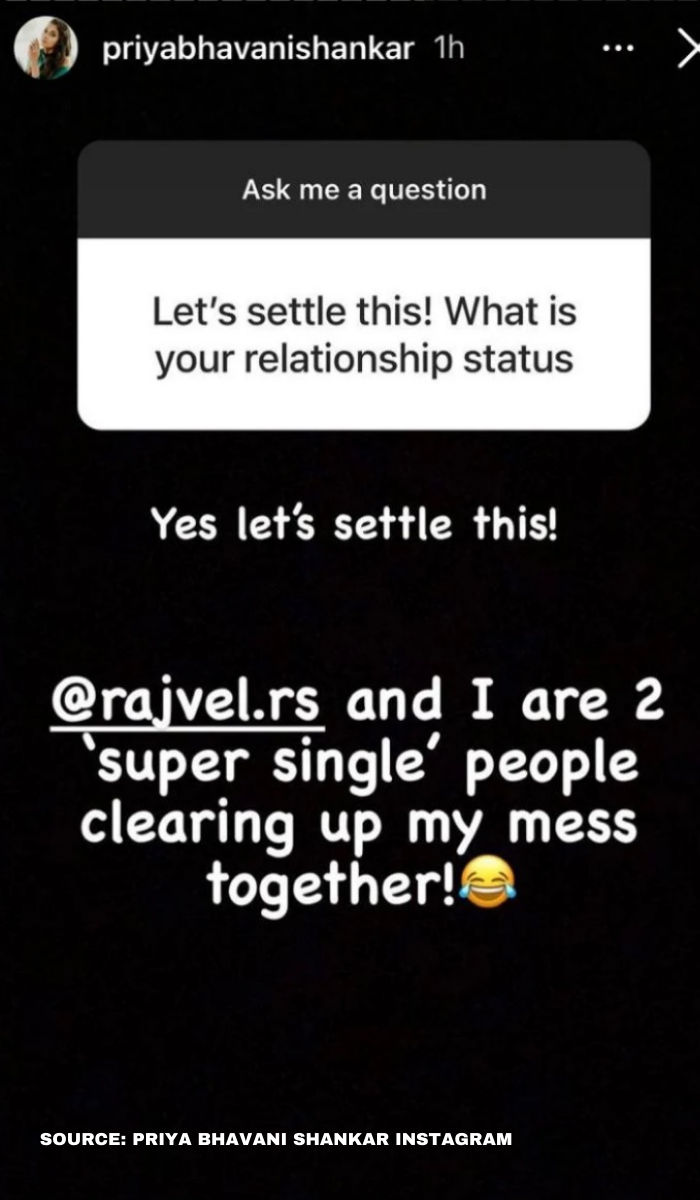 When Priya Bhavani Shankar's Instagram finally opened up to questions from her followers, one of her fans asked her question that read "Let's settle this! What is your relationship status?" She wrote in reply "@Rajvel.rs and I are two 'super single' people clearing up my mess together!" When another fan asked her "What is the procedure to marry you?" she replied "I am way too complicated for someone new, it's better and safe that you don't know the procedure" Priya Bhavani was rumoured to be dating Rajvel Raj, but she cleared these rumours and dismissed them with this Q&A.

Priya Bhavani was last seen in the Tamil film Kalathil Santhippom, which starred Jiiva, Arulnithi, and Manjima Mohan along with her. She has multiple releases lined up for her in the year 2021, and she has reportedly completed filming for five of these films. Priya is all set to star in the Chimbu Deven directorial Kasada Thapara, which also stars Sundeep Kishan, Harish Kalyan, and Regina Cassandra. She has also finished filming for the Kaarthikk Sundar directorial Oh Manapenne which is based on the Telugu film Pellichoopulu, directed by Tharun Bhascker. She will be starring opposite Harish Kalyan in the movie. Apart from this, the actor has completed filming for Kuruthi Aattam, written and directed by  Sri Ganesh. She stars opposite Atharvaa in the movie. She will be seen in Hostel, Bommai, Rudhran, and Pathu Thala. The confirmed details for these movies will be out soon. The actor has also bagged a tole in an untitled Hari directorial, and an untiled Sarjun KM directorial. The actor will also be seen in the Kamal Haasan starrer Indian 2, alongside an ensemble cast of Nedumudi Venu, Kajal Aggarwal, Siddharth, Rakul Preet Singh, Bobby Simha, Samuthirakani, and Vivek.