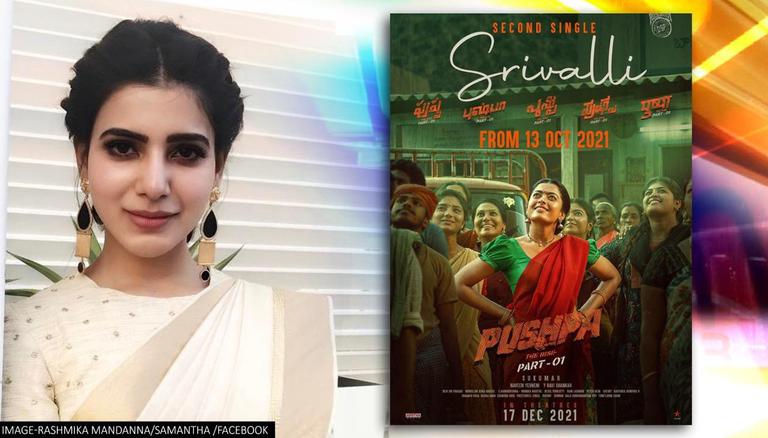 
South Indian actor Samantha Ruth Prabhu has been roped in by the makers of the highly anticipated film Pushpa for a special song. The actor will be seen shaking a leg in the much-awaited action and romantic drama which is progressing at a brisk pace. The film directed by Sukumar, will also star Allu Arjun and Pooja Hegde in the lead.

The forthcoming film Pushpa is based on real-life incidents about red sandalwood smugglers in the Seshachalam hills of Andhra Pradesh’s Rayalseema region. The official Twitter handle of Mythri Movie Makers shared the exciting news and thanked the actor for accepting their offer for a special song in the film. “A big Thank You to the supremely talented @Samanthaprabhu2 garu for accepting our request and doing this sizzling number in #PushpaTheRise #PushpaTheRiseOnDec17.”

Samantha Ruth Prabhu roped in for a special song in Pushpa

The film is slated to release on December 17. The makers also shared the poster that read, “Pushpa’s 5th song is special, and needed someone special. We reached out to our very special Samantha Garu and she gleefully agreed to come on board owing to the rapport we’ve developed over time. We’re super excited to announce that Samantha Garu is going to light up the screens with Icon star Allu Arjun in the fifth single! This would be the first special song appearance of her career and we are leaving no stone unturned to make it truly special and memorable.”

Ahead of the release, the makers have unveiled tracks like Daako Daako Meka, Srivalli, and Sami Sami, all of which have become raging hits among the audiences. Pushpa: The Rise has been shot in Telugu, while Hindi, Kannada, Malayalam, and Tamil dubbed versions of the film will also be released. The film is reportedly based on real-life incidents about red sandalwood smugglers prevalent in the Chittoor district of Andhra Pradesh. Arjun will be playing the titular role of Pushpa Raj, while Fahadh Faasil portrays the role of a cop named Bhanwar Singh Shekhawat, the powerful antagonist. Arjun is cast as a truck driver/ smuggler, while Vennela Kishore, Prakash Raj, Deepak Shetty, and Anish Kuruvilla will also be appearing in supporting roles. The film's first part is set to release on December 17, 2021, while the second installment will premiere sometime in 2022.