'Raja Vikramarka' Releases Online: Check How & When To Watch Kartikeya-starrer Film On OTT

Kartikeya Gummakonda and Tanya Ravichandran starrer Raja Vikramarka recently made its online debut. Here are all details about the film. 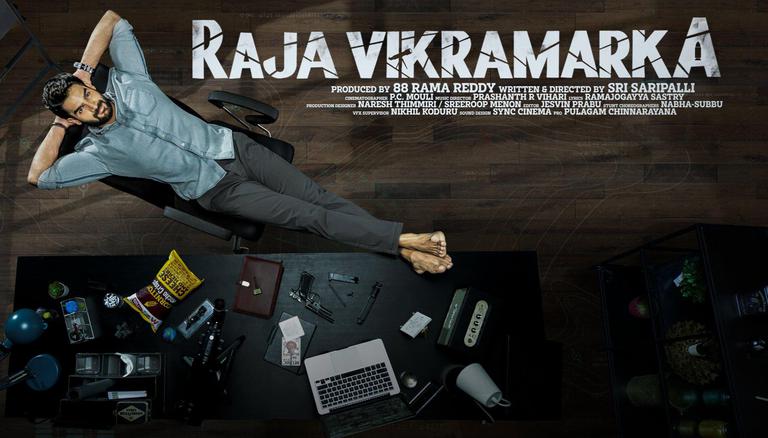 
Kartikeya Gummakonda and Tanya Ravichandran starrer Raja Vikramarka recently made its online debut. The film was initially released in theatres on November 12, 2021. However, it did not impress critics and cinema buffs. After nearly two months, the film has now made its debut on an online streaming platform. Here are all details about the film and where to watch it online.

Despite moderate reviews from critics, the film was successful in impressing Kartikeya's fans. They lauded his acting skills via social media. The film's IMDb rating is currently 8.9.

Raja Vikramarka has debuted online on the OTT platform SUN NXT today, January 13, 2022. The official Twitter handle of the streaming platform shared a trailer of the film and announced it has arrived on the service. The tweet read, "Watch this action spy thriller Raja Vikramarka now streaming on Sun NXT." Actor Kartikeya is also seemingly thrilled with the film's online release and promised fans the action thriller will be worth watching. Taking to his Twitter handle, he wrote, "Will be worth watching..give it a try is missed in theatres."

Raja Vikramarka stars Kartikeya Gummakonda as Vikram and Tanya Ravichandran as the film's leading lady Kanthi. The movie is helmed by Sri Saripalli, while Sree Chitra Movie Makers bankrolled it. The movie marked the debut directorial of Sri Saripalli. He is known for assistant directing films such as Naayak, Nuvvu Thopu Raa and Alludu Seenu.

The film's plot revolves around Vikram, a newly recruited NIA Officer, who tries to get accustomed to the nuances of his new job when a major case knocks on his door. The film's work was kicked off two years before its release, but it faced a lot of delays due to the COVID-19 pandemic. The makers wrapped up the film's shoot back in August 2021. The film also cast P Sai Kumar, Tanikella Bharani, Harsha Vardhan, and Sudhakar Komakula in supporting roles. Soon after its release on November 12, 2021, the film received mixed reviews from netizens. While some lauded Kartikeya for his acting skills, others found the movie to be predictable and boring.