During his speech at the trailer and audio launch of Mani Ratnam’s Ponniyin Selvan Part 1, Rajinikanth said that he imagined Sridevi as Kundavai. 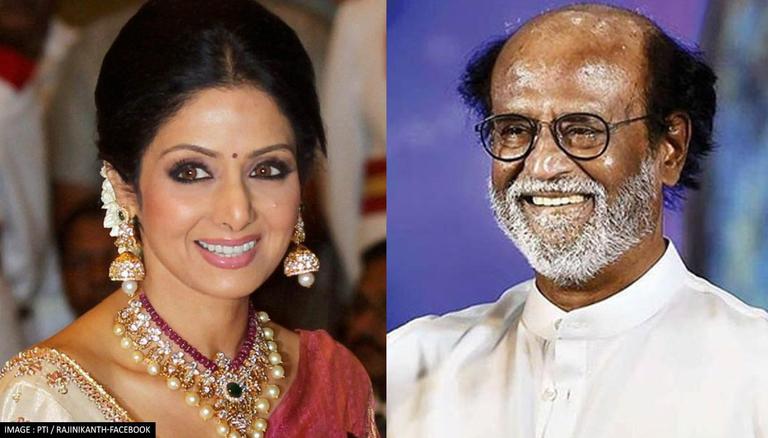 
The trailer and audio launch of Mani Ratnam’s next Ponniyin Selvan Part 1 was held in Chennai on Tuesday with Rajinikanth, Kamal Haasan, and more in attendance. During his speech at the event, Rajinikanth revealed that when he heard the story of the forthcoming period drama for the first time, he imagined late actor Sridevi as Kundavai, which is now being played by actor Trisha Krishna in the film.

Rajinikanth says he imagined Sridevi as Kundavai in Ponniyin Selvan

As per Pinkvilla, the Darbar actor said at the trailer launch of Ponniyin Selvan, "When I read the story, I imagined Kamal as Arulmozhivarman, Sridevi as Kundavai, Vijaykanth as Aditya Karikalan and Sathyaraj as Pazhuvettaraiyar". He further added that he also wanted to be part of the story but was rejected by filmmaker Mani Ratnam.

"I wanted to be a part of PS1 somehow, so I asked Mani sir if I can play Periya Pazhuvettaraiyar. He denied the offer saying my fans would not be happy. Anyone else would have taken it, but Mani denied it and this is what makes him unique," he continued.

Later, Kamal Haasan also confessed that he had plans to make a film on Ponniyin Selvan Part 1. He further stated that he wanted Rajinikanth to play the role of Vandhiyathevan, which is now being played by Vikram. The Vikram star said, "Sivaji sir told me to cast Rajini as Vandiyadevan. I told him that I wanted to play it, but he insisted that I played Arunmozhi Varman instead."

The period drama draws inspiration from a Tamil novel of the same name. The upcoming movie will be released in two parts and the plot of PS1 is set against the backdrop of the 10th century and features the struggles and glorious power of the Chola empire. It follows the period before the son of river Kaveri, Ponniyin Selvan, who later becomes Rajaraja Chola, one of the greatest emperors in Indian history.

The forthcoming film has Vikram, Jayam Ravi, Karthi, Prakash Raj, Sarath Kumar, Aishwarya Rai, Trisha, and others in the lead roles and it is slated to release on September 30.