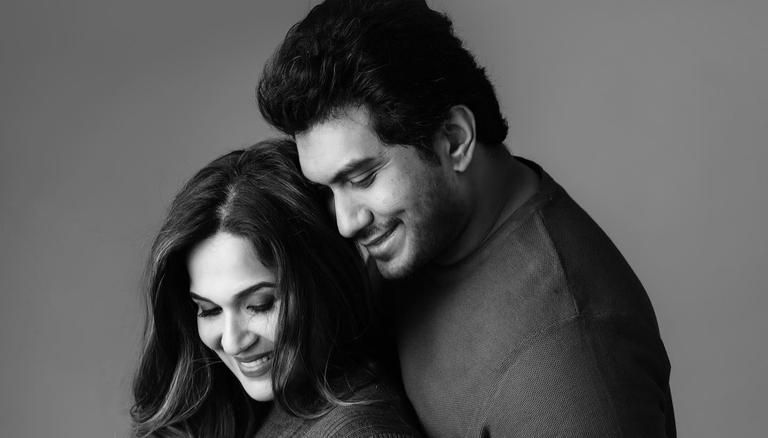 
Legendary actor Rajinikanth's elder daughter, Soundarya is delighted to welcome her second child, a baby boy. Soundarya announced the arrival of her child with husband Vishagan Vanangamudi on Twitter with a glimpse of the little-born while revealing his name. For the unversed, Soundarya is already a mother to seven-year-old boy from her first marriage.

Soundarya shared pictures from her maternity photoshoot. She can be seen holding on to the little fingers of the newborn. However, she did not reveal the face of the little one but mentioned that he has been named Veer Rajinikanth Vanangamudi.

“With God’s abundant grace and our parents’ blessings (folded hands and angel emojis), Vishagan, Ved, and I are thrilled to welcome Ved’s little brother Veer Rajinikanth Vanangamudi today 11/9/22. #Veer #Blessed. Thank you to our amazing doctors."
Soundarya and Vishagan have been married for the last three years. Soundarya Rajinikanth and Vishagan Vanangamudi got married in the year 2019. Her first marriage was with Ashwin Ramkumar, with whom she tied the knot in 2010. However, after living together for about seven years, the two headed for divorce.

Abhishek Bachchan was one of the first to congratulate her. Actress Sriya Reddy also wrote, “congrats my darling Mittu can’t wait to see him" and dropped a red heart emoji. Rajinikanth has two daughters and his eldest daughter, Aishwarya, was married to actor Dhanush. The two issued a joint statement, announcing their split after years of marriage. Dhanush and Aishwarya share two sons from their marriage.

Meanwhile, on the work front, Soundarya dons many hats including that of a graphic designer, film producer, and director. She predominantly works in the Tamil film industry and has directed her father Rajinikanth's popular multi-starrer film Kochadaiyaan. Apart from her directorial debut, she has other credits in her career graph including Velaiilla Pattadhari 2 in the year 2017. Prior to this, she worked as a graphic designer for films such as Padayappa (1999), Baba (2002), Chandramukhi (2005), Sivakasi (2005), Maaja (2005), and Chennai 600028 (2007).