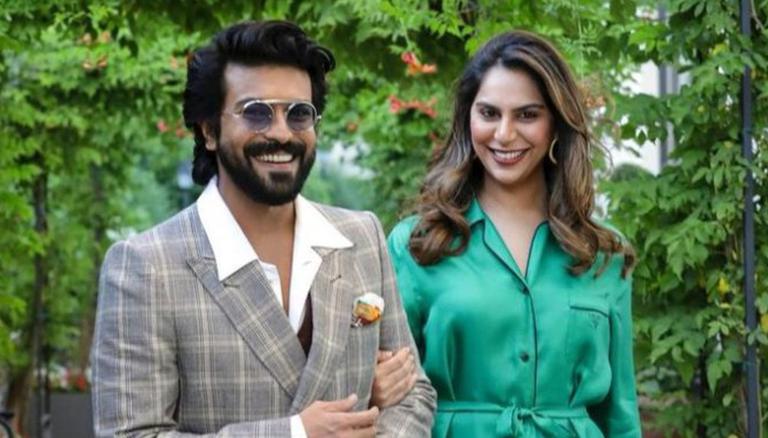 
As RRR fame Ram Charan and his wife Upasana Kamineni marked 10 years of togetherness on 14 June 2022, they embarked on a vacation together while refraining from disclosing the location to fans. After celebrating the big day together, Upasana Kamineni took to social media and unveiled glimpses of their getaway in a cute video. She even penned a heartwarming note of gratitude for her husband Ram charan and thanked him for making their anniversary special. On the other hand, she even revealed how they learnt of a traumatic loss of a friend amidst the celebration.

Ram Charan’s wife Upasana Kamineni recently took to her official Instagram handle and shared a beautiful video clip wherein she clubbed all the memorable moments of her and her husband from their anniversary getaway. The video depicted how they both thoroughly enjoyed the celebration by visiting several places together. In the caption, she first mentioned that while they were celebrating 10 years of togetherness, the most traumatic news of losing an extremely dear friend hit them. Stating further, she added how fortunate they were to be surrounded by warm & caring well-wishers to help them cope. In the end, she thanked Ram Charan and everyone else who made their anniversary special for them.

The caption read, “Moments, lessons & relationships to be cherished forever While We were celebrating 10 years of togetherness, the most traumatic news of loosing an extremely dear friend hit us. We were truly fortunate to be surrounded by warm & caring well-wishers to help us cope. Privileged to have so many safe spaces. Thank you for making our anniversary so special. grateful & thankful Lots of love.” (sic)

Ram Charan was recently in Vizag shooting for the Kiara Advani co-starrer, tentatively titled RC15. It is being helmed by veteran director S. Shankar. The film marks the leading actors' second collaboration after the 2019 Telugu action-thriller Vinaya Vidheya Rama.

READ | Ram Charan's fan walks 264 km to meet and gift him a portrait made of rice; Pics go viral