Rana Daggubati is set to collaborate with Milind Rau for his upcoming pan India film, the announcement for which was made on the occasion of Dussehra. 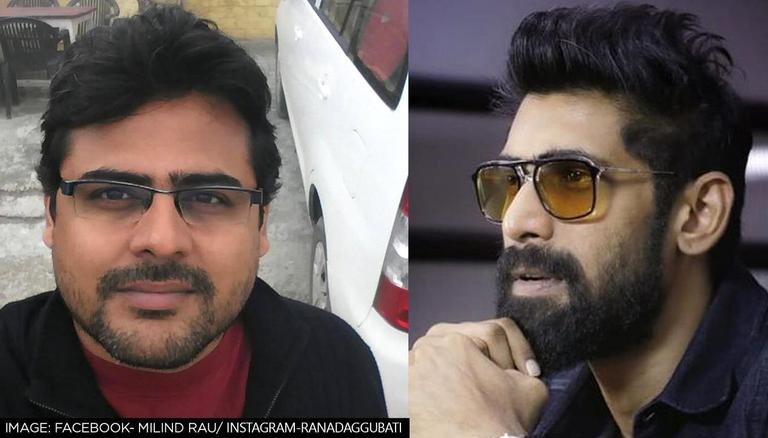 
Rana Daggubati and Milind Rau have joined hands for an upcoming Pan-India project, the announcement for which was recently made by the makers of the film. On the occasion of Dussehra, a video spilling details on the project's cast and the crew was revealed. The yet-to-be-titled project, which is being touted as a supernatural thriller, will be bankrolled by Spirit Media in collaboration with Viswasanti Movies.

Reportedly, the actor-director duo met prior to Daggubati's wedding to discuss the project, whose storyline left the actor impressed. While other details about the film are currently under wraps, Daggubati is also gearing up for projects like Bheemla Nayak, Virata Parvam among others.

Taking to their Twitter handle on Friday, October 15, Viswasanti Movies uploaded a 20-second clip announcing Rana's collaboration with them. The clip opened up with the actor's photo alongside the text, "We are proud to announce our next movie starring Rana Daggubati[sic]," and also revealed Milind Rau and the producers' names. For the caption, they wrote," Our #Bhallaladeva @RanaDaggubati to star in @milindrau story/direction in new movie by SpiritMedia in collaboration with @VISWASANTIPICTS & @VCWOfficial. Pan-India #Film in #Telugu #Tamil & #Hindi[sic]."

Apart from the recently announced film, Rana will be seen alongside superstar Pawan Kalyan in Bheemla Nayak, the official Telugu remake of the Malayalam film Ayyappanum Koshiyam.  The film is helmed by Saagar K Chandra, while Suryadevara Naga Vamsi is producing the movie under Sithara Entertainments banner. Pawan Kalyan and Rana Daggubati will reprise Prithviraj Sukumaran and Biju Menon's roles from the original film. The film is slated to release on January 12, 2022, marking the occasion of Sankranthi.

He will also star in the Telugu period drama film titled Virata Parvam. Written and directed by Venu Udugula, it also stars Sai Pallavi, Priyamani, Nandita Das, Naveen Chandra, Zarina Wahab in pivotal roles. Initially slated to release on April 30, 2021, the film has been indefinitely postponed due to the COVID-19 pandemic. He is also busy filming a web series with Venkatesh Daggubati titled Rana Naidu, slated to premiere on Netflix.

READ | 'Ray Donovan' series to get a Hindi remake; will star Rana Daggubati and Venkatesh