Rana Daggubati Wishes Father Suresh On His Birthday, Says 'I Am Only A Reflection'

Suresh Daggubati celebrated his 63rd birthday on 24 December. His son Rana Daggubati, who is very close to him wished his father, labelling him as 'the king'. 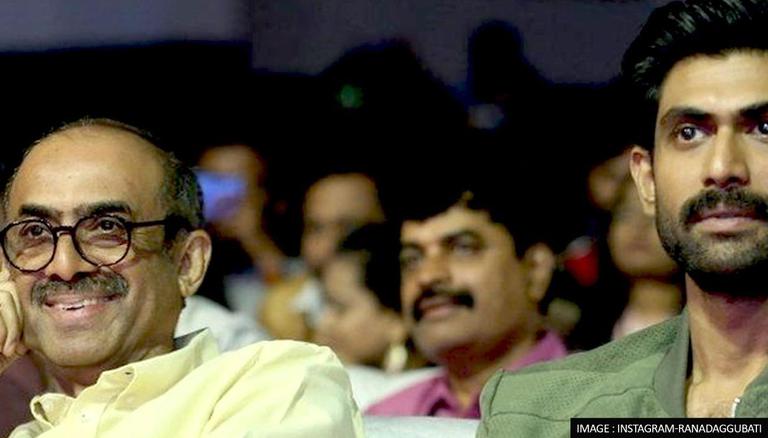 
Actor Rana Daggubati has made a mark in the movie industry with his stellar performance in Baahubali. Rana's father, Suresh Daggubati, who is an Indian film producer and distributor, has undoubtedly played a major role in the shaping of the actor and on his birthday, the younger Daggubati took to social media to share a throwback picture of himself with Suresh.

Sharing a candid picture of himself with his father, Rana wrote, "Happy birthday Mufasa I am only a reflection #hbdsureshdaggubati (sic)" and complimented it with a fire emoji. Rana can be seen in a formal grey suit and his father Suresh Daggubati in a black suit.

Suresh Babu Daggubati celebrated his 63rd birthday on 24 December. His son Rana Daggubati, who is very close to him labelled his father as the king, and he calls him Mufasa. The Dum Maaro Dum actor never leaves an opportunity to express his gratitude towards his father. Every year he shares a special appreciation post for his father on his birthday thanks him for making him who he is today.

Rana Daggubati on the work front

Baahubali, the biggest franchise and among one of the biggest hits took Rana to different heights of success, playing the role of an antagonist who got equal screen space as the hero, this villain is no less than the lead. Rana had nailed his character as "Bhallaldev", with a very good physique and some amazing acting skills and Baahubali will always be fresh in the minds of the audience and will be remembered for Rana's brilliant acting skills along with the other cast members'.

Rana Daggubati will be seen sharing screen space with Megastar Pawan Kalyan in Bheemla Nayak. The film is helmed by Chandra Sagar, and it is the official remake of the 2020 Malayalam film Ayyappanum Koshiyum directed by Sachy. Apart from Rana Daggubati and Pawan Kalyan, the film also has Nithya Menen and Samyuktha Menon in important roles. Bheemla Nayak is scheduled to release on 25 February 2022.