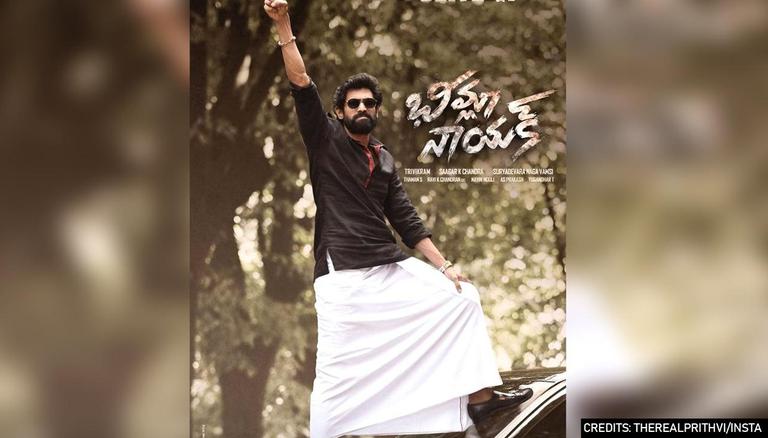 
Fans are thrilled for Rana Daggubati and Pawan Kalyan's collaboration for the much-anticipated Bheemla Nayak, the Telugu remake of Malayalam film Ayyappanum Koshiyam. The south superstars have been grabbing headlines ever since Pawan's first look as the eponymous character was revealed. After an intense build-up, the Baahubali star's first glimpse was unveiled by the makers on Monday, with the actor's 'Daniel Shekar' character looking extremely dramatic and intense.

The movie comes as the remake of the 2020 action-thriller starring Prithviraj, who unveiled Rana's first look on his social media handles on Monday, September 20. The superstar hailed Rana for looking 'freaking cool' and full of 'swag' in his dhoti-clad look. The teaser shows Rana in a powerful and commanding role, as the audience gears up to witness his camaraderie with Powerstar Pawan Kalyan on January 12, 2022.

Revealing his first look, Malayalam superstar Prithviraj penned a heartfelt note, reminiscing his journey in the original flick. He also expressed excitement for the upcoming rendition, with legends like Pawan Kalyan, Trivikram, Ravi Chetan taking the audience for 'one hell of a ride'. Rana can be seen in a fierce look, donning a black shirt, white dhoti and stunning shades as he stands atop a car.

"Ayyappanum Koshiyum is a very very special film to me personally for a multitude of reasons and Koshy Kurien will forever remain one among the most iconic characters I have had the privilege of playing. Sachy and me have had so many conversations regarding the potential remakes of this very special film and we never imagined it would be this giant project with the stalwarts of the industry associated with it in Telugu".

"But what gives me even more happiness, is the fact that dear friend and brother Rana Daggubati, reprises Koshy Kurien in Telugu! Bro..you look so freaking cool and you have way more swag than I ever did! Privileged to present Rana Daggubati as Daniel Shekar!".

Pawan Kalyan and Rana Daggubati will reprise the roles of Prithviraj Sukumaran and Biju Menon respectively. The film is helmed by Saagar K Chandra, while Suryadevara Naga Vamsi is producing the movie under Sithara Entertainments banner. The screenplay and dialogues have been penned by Trivikram Srinivas.