South Indian actor Rashmika Mandanna opened up how her family was not happy with her decision to work during the crisis. Read on to know details. 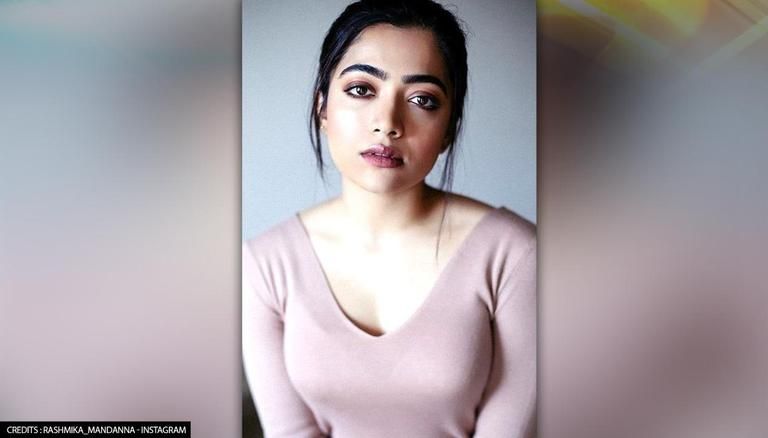 
After establishing a name for herself in Kannada and Telugu film industries, Rashmika Mandanna has set her eyes on Bollywood. Amid the ongoing COVID-19 pandemic, Rashmika has not only kept working but also shifted cities. The South Indian diva has recently bought a new house in Mumbai. The actor was filming for Goodbye, alongside Amitabh Bachchan. The 25-year-old recently, in a conversation with Hindustan Times, opened up how her family was not happy with her decision to work during the crisis.

During her recent conversation with the outlet, Rashmika Mandanna shared that her parents were very scared as she managed to keep working during the pandemic. She revealed that her parents were naturally worried as she is an actor who has to remove her mask on the film's set while shooting. Mandanna added that she "does not allow anyone" to come between her work and herself.

The 25-year-old stated that her parents know that she would not listen if they say "it is not safe and she should not shoot." She acknowledges the fact that there is so much money invested in the film and she "needs to finish her work." Mandanna reassured her parents that the film's sets are protected even though it is hard for them.

Speaking about her experience while shooting with Bachchan, the Dear Comrade star called it "amazing." She said that since they shot for a long time, they have bonded well, which is why the performances are "really fun." Mandanna expressed her gratitude and stated when they gave out performances and when the director and people witness the comfort, they are happy. She gushed that it has been "crazy."

The actor further talked about her migration to Mumbai. She revealed that she had no apprehensions about moving to another city. She added that her life is "pretty simple" and she is happy when she goes to work and tries to "fit in" a workout in the middle. She concluded that she is "really sorted".

Meanwhile, the actor will be seen in Mission Majnu alongside Student of the Year actor Sidharth Malhotra. She predominantly appeared in Telugu and Kannada films. The list of popular Rashmika Mandanna movies includes Geetha Govindam, Yajamana, Pogaru, Sulthan among others. She also has Pushpa, and Aadavaallu Meeku Johaarlu in the pipeline.