Rashmika Mandanna's role in 'Pushpa' has inspired a line of 'Srivalli Sarees' that were put on display in Rajasthan ahead of the festive season. 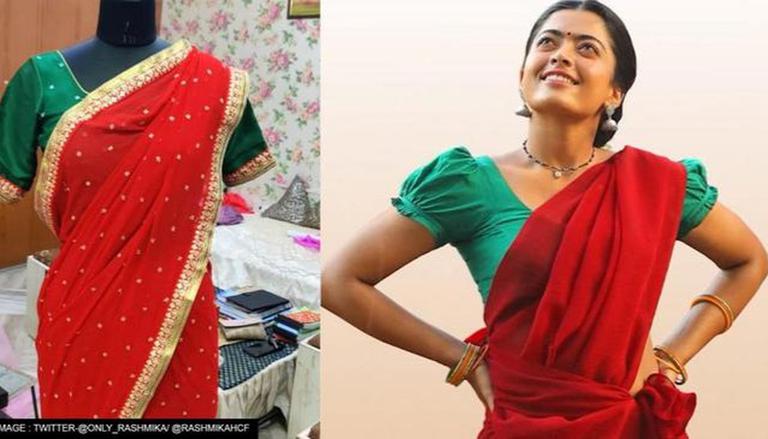 
Rashmika Mandanna charmed her way into the audience's hearts with her Pushpa character Srivalli, which has now led to a line of sarees inspired by her role. Ahead of the big festive season, 'Srivalli sarees' have been spotted in Rajasthan, which is famous for its wide-ranging collection of clothing. In glimpses surfacing on social media, one can see red-coloured sarees with golden work and borders displayed in shops, serving as exact replicas of the attire Rashmika wore in the film's hit track Saami Saami.

The sarees are being promoted using Rashmika's character and have been decorated on mannequins in multiple shops in the state. Check it out.

Have seen 💕💞 @iamRashmika name in every corner and not just brands…