SS Rajamouli's latest magnum opus RRR, featuring Ram Charan and Jr NTR in the lead roles, has been receiving immense love from the audience as well as critics. 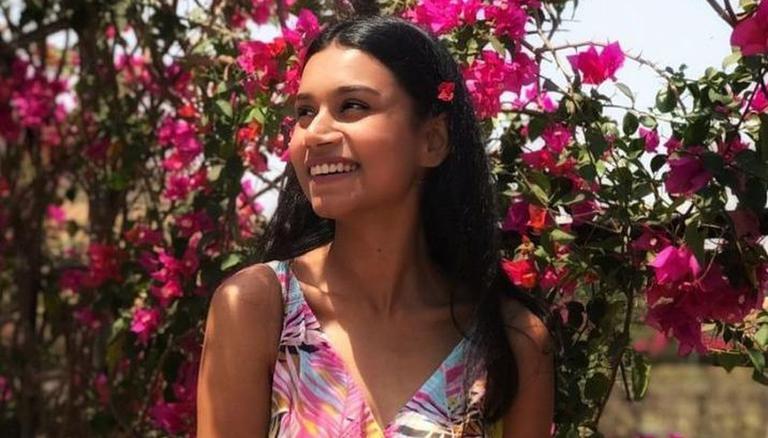 
SS Rajamouli's latest magnum opus RRR, featuring Ram Charan and Jr NTR in the lead roles, has been receiving immense love from the audience as well as critics. Actor Ahmareen Anjum has become the talk of the town after her stunning performance as Loki, a tribal woman in the film grabbed everyone's attention. Recently, as the actor got candid about her journey in acting, she revealed that initially, her parents were 'sceptical' about her choice, however, eventually they supported her.

She said, "My parents were sceptical at first, but they supported me eventually. They were a bit worried when I told them I wanted to become an actor. For them, it was a matter of concern because nobody from our family has ever been in this business. However, my parents were very clear from the beginning that I needed to finish my education first and then do whatever I felt like. I think that was the best advice and decision given to me by them. They were the ones who pushed me to do Mass Communication and Videography course because they knew that I was always interested in cinema. They always encouraged me to follow my passion."

"My parents were worried because I would have to leave my hometown and my family to become an actor. I have always been a pampered child and lived under the protection of my parents, so it was difficult for them to send me alone to a city where I didn’t know anyone. To live and survive in Mumbai was a big challenge for me. It wouldn't have been possible without the support and understanding of my parents," she added.

Giving advice to young aspiring actors, Ahmareen says, "I believe that the right path for aspiring actors should always be to finish education first and then pursue a career in acting. Education is very important because it can be a back-up plan."

Meanwhile, for the unversed, Ahmareen Anjum has appeared in several hit shows and films like Class of 83' alongside Bobby Deol, Anup Soni, and Joy Sengupta. The show is helmed by Atul Sabharwal. The actor was also seen in Sir, Tottaa Pataaka Item Maal.

READ | 'RRR' to be the first Indian film to be dubbed in 50 languages across the world; Report