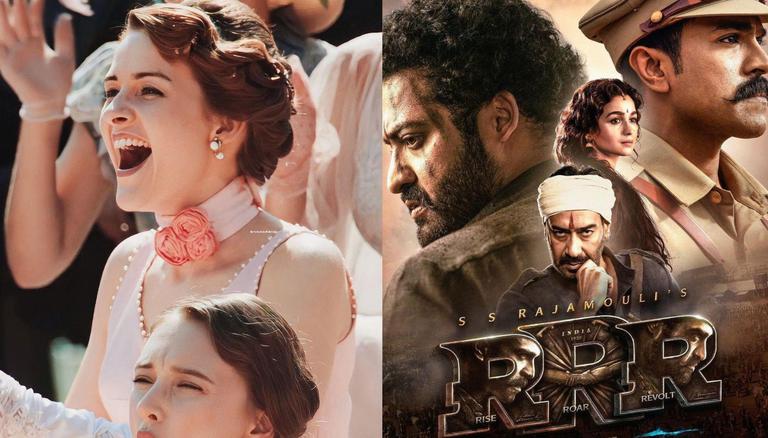 
'RRR' is inching towards Oscars glory. The SS Rajamouli directorial recently bagged a nomination in the Best Original Song category at the 95th Oscar Awards for its livewire track 'Naatu Naatu'. Reacting to the good news, British actress Olivia Morris who played the role of 'Jennifer' in the movie expressed her gratitude for being a part of the Oscar-nominated film.

She took to social media and shared her happiness by penning a gratitude note along with a still from 'RRR'. In the picture. she can be seen smiling her heart out. In the caption, she penned, "Me right now. The Naatu Naatu sequence was by far my favourite thing to work on in RRR and it was only made possible by the incredible @ssrajamouli and #mmkeeravaani."

"To see Naatu Naatu being nominated for best original song at the Oscars and winning at the Golden Globes is such a huge and wonderful thing. So grateful to have been a part of this epic film", she added.

Several celebrities including Edward Sonnenblick and Rocco Fasano took to the comment section to congratulate the actress.

Meanwhile, after the nomination, SS Rajamouli thanked his entire team and wrote, "I never dreamt of an Oscar, even in my wildest dream! It is the fans of Naatu Naatu and RRR who believed in it. They instilled the idea in our minds and pushed us forward. A big hug to you all the crazy fans.”

Actor Ram Charan also reacted to 'RRR' bagging a nomination for Oscars 2023 and called it 'brilliant news'. He wrote, "What brilliant news! Truly an honour to see 'Naatu Naatu' nominated for the Oscars. Another very proud moment for us & India. Well deserved @MMKeeravaani Garu, my brother @tarak9999 and the entire team of #RRR. All love."

What brilliant news!
Truly an honour to see “Naatu Naatu” nominated for the Oscars.
Another very proud moment for us & India.
Well deserved @MMKeeravaani Garu, @SSRajamouli Garu, my brother @tarak9999 and the entire team of #RRR🙏
All love ❤️