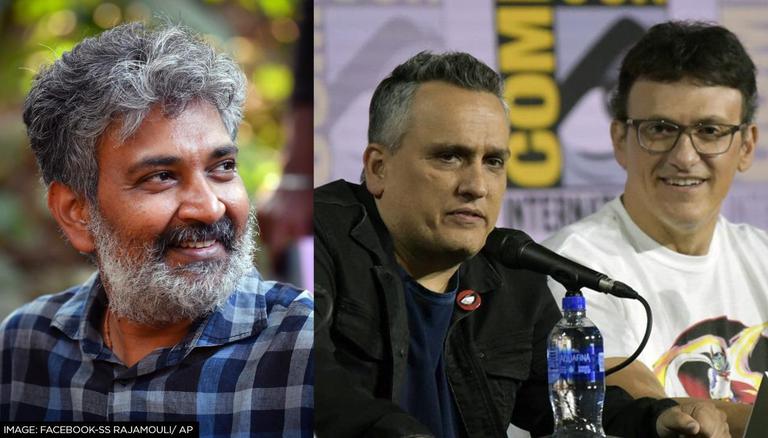 
SS Rajamouli recently interacted with The Gray Man directors Russo Brothers as they paid homage to the action genre, which is bridging the cinematic gap between East and West. Following the Netflix-arranged conversation, the director duo and the RRR helmer exchanged pleasantries on social media.

Russo Brothers, who've earlier expressed their adoration for Rajamouli, took to their Twitter handle and said it was an honour to have met 'THE great' artist. Responding to this, Rajamouli mentioned that it was a great interaction and that he hoped to meet them and 'learn a bit' of their craft.

Taking to their Twitter handle, the Avengers Endgame directors wrote, "Such an honour getting to meet THE great S.S. Rajamouli…". Promptly responding to their post, Rajamouli mentioned, "The honour and pleasure are mine.. It was a great interaction . Looking forward to meet and learn a bit of your craft." Take a look.

The honour and pleasure are mine..🙏🏼 It was a great interaction . Looking forward to meet and learn a bit of your craft. https://t.co/NxrzuCv1w3

The virtual interaction, which was facilitated by Entertainment Weekly, saw the directors talk about their recent projects The Gray Man and RRR among other things.  The duo was also in India to promote their film, which marked superstar Dhanush's Hollywood debut alongside Ryan Gosling, Chris Evans and Ana de Armas.

READ | Russo Brothers pick Priyanka over Deepika as next Captain Marvel; 'We are good friends'

In an interaction with PTI during his India visit, Joe Russo gave his verdict on RRR and mentioned, "It's big at the moment because of Netflix, RRR was a great movie. I thought it was really a well-done epic, (with) nice strong themes, great visuals and a really powerful story about brotherhood.”