Sachin Khedekar's Birthday: Marathi Movies Of The Actor That Are A Must-watch

Sachin Khedekar is one of the prominent actors of the movie industry who has appeared in a variety of Marathi movies and gained popularity. See his movie list. 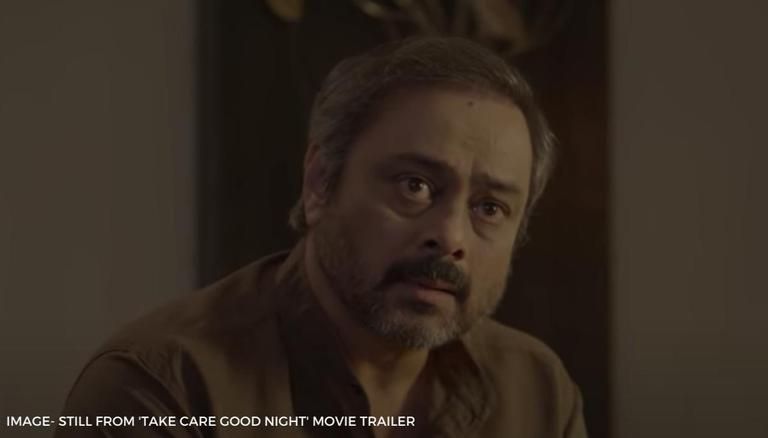 
Sachin Khedekar’s work in the Marathi film industry features some movies for which the actor managed to garner amazing reviews for his on-screen presence and acting skills. The actor has been a part of some of the most prominent Marathi movies in his entire career so far that are a must-watch for the audience.

Released in 2009, the movie is one of the best Marathi films from Sachin Khedekar’s movie list. Directed by Santosh Ramdas Manjrekar, the movie showcased the actor in the powerful role of Dinkar Maruti Bhosale who represented thousands of Maharashtrians in the film. The movie also included other actors namely Mahesh Manjrekar, Makarand Anaspure, Suchitra Bandekar, Sidharth Jadhav and others.

Directed by Varun Narvekar, the comedy-drama movie became a huge hit among the audience. The movie revolved around the lives of parents who try to fill the generation gap. Apart from Sachin Khedekar, other actors in the movie include Mithila Palkar, Amey Wagh and Chinmayee Sumit. The movie was also remade in Gujarati recently under the name Golkeri.

Released in 2011, the movie was directed by Kiran Yadnyopavit and bankrolled by Ekta Kapoor, Shobha Kapoor, Neeraj Pandey, Shital Bhatia and co-produced by Nitin Chandrachud. The movie was loved by the audiences and it even received a variety of awards and accolades. Cast members of the movie included Sachin Khedekar Ashwini Giri, Kishore Kadam, Vinay Apte, Ashmita Joglekar, Ishaan Tambe and others.

The movie revolved around the lives of parents who struggle to bring up their mentally challenged kid while trying to balance their lives. Sachin Khedekar was seen essaying one of the lead characters in the film alongside other actors namely Ravi Jadhav, Sonali Kulkarni, Ananth Narayan Mahadevan and many others.

Written and directed by Girish Joshi, the movie revolved around the lives of a family that gets robbed by a cybercriminal. The movie received positive reviews from the audiences that featured some of the talented artists from the Marathi movie industry namely Sanskruti Balgude, Shubhangi Damle, Iravati Harshe, Umesh Damle, Abhay Mahajan, Vidyadhar Joshi and others.

The popular Marathi mystery political movie directed by Jaypraad Desai showcased a political backdrop of Maharashtra where a correspondent does an exclusive revelation in his column. The movie was received well by the audiences and even received numerous awards and accolades. The cast of the movie included Dr Shriram Lagoo, Dilip Prabhavalkar, Sulabha Deshpande, Neena Kulkarni and others.

Released in 2017, the movie followed the life of a retired man who suddenly decides to make amends with his children and tries out different methods to fulfil it. Sachin Khedekar essayed the lead role of Bhaskar Pandit in the movie alongside other popular actors namely Pushkaraj Chirputkar, Sunil Godbole, Akarsh Khurana, Sharvari Lohokare, Satyajeet Patwardhan, etc. The plot of the film was highly appreciated by the audience and received amazing reviews from the critics as well.

Directed by Mahesh Manjrekar, the movie featured Sachin Khedekar, Saksham Kulkarni, Bharat Jadhav, Sidharth Jadhav, Kranti Redkar and Gauri Vaidya in the lead. The movie was released in 2015 and was even remade in Tamil, Telugu, Punjabi and Bengali.