Samantha Akkineni broke her silence on dropping her surname from social media handles, that had set tongues wagging, with a firm response. 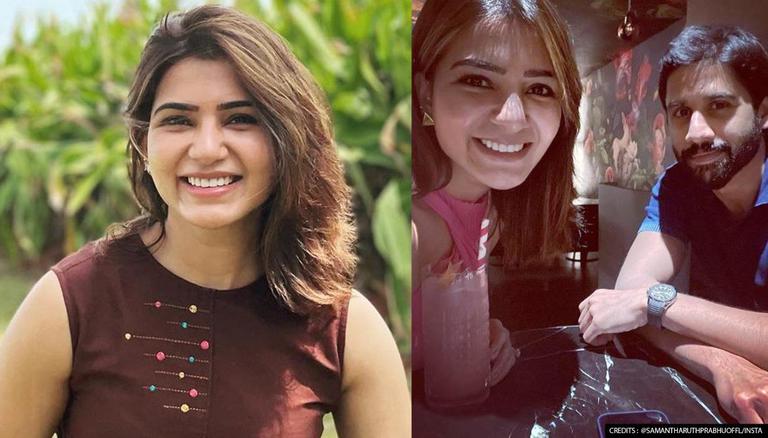 
Samantha Akkineni has extended her popularity across the nation with her thrilling performance in The Family Man season 2 earlier this year. Apart from the praises for the role and her performance being recognised at an international film festival, her personal life has been attracting plenty of eyeballs after the actor dropped her surname from her social media handles. She finally broke her silence over the matter by stating that she would comment on the gossip or trolls around her only if wished to do so.

When asked about social media handle change to just 'S', Samantha, in an interview with Film Companion, highlighted that the buzz around it was the same as the trolling she received at the time of The Family Man 2.

She stated that everyone wanted her to express her thoughts at that time too, informing her about '65,000 tweets hammering' her. However, she said that she will speak about it only when she wishes to and not be 'bulldozed' into issuing a statement.

For the unversed, she was then accused of disrespecting Tamils for playing a character that allegedly was associated with the Liberation Tigers of Tamil Eelam (LTTE).

Some had wondered if Samantha's social media change had anything to do with her equation with husband Naga Chaitanya or if there was a rift between them. However, in an interview, she informed that the latter enjoyed the shooting of Laal Singh Chaddha and was in awe of Aamir Khan.

Considering her debut in Bollywood, she was also asked about giving advice to her husband on his journey in the industry. She quipped that she was no one to give anyone any advice. She added that she was happy for the experience Naga Chaitanya had while shooting for the movie.

READ | 'The Family Man 2': Samantha apologises for hurting sentiments, says she 'did not mean to'

Meanwhile, Samantha had a sweet wish for Naga Chaitanya's father, veteran actor Nagarjuna, on his 62nd birthday on Sunday. She stated that there were not enough words for her to express her respect for him.

READ | Samantha Akkineni to take a break away from films, Here's why

On the work front, she expressed a wish to go on a holiday after completing the shooting of Shaakuntalam.