South actor Samantha Akkineni recently took to her Instagram stories to share how she has only one week of schedule left for her upcoming film 'Shakuntalam'. 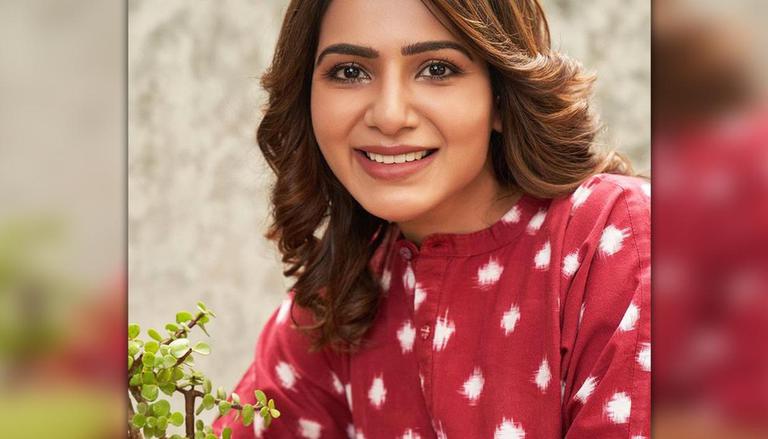 
Samantha Akkineni, who was last seen in the Raj and DK show The Family Man 2, is currently shooting for her upcoming film Shakuntalam in Hyderabad. Apart from her extraordinary acting skills, Samantha Akkineni is also known for her fitness. The fitness freak often shares glimpses from her daily workout sessions. She recently shared how she has been strictest with her diet for her upcoming film, which has one week of shoot left.

Samantha Akkineni has one week of shoot left for Shakuntalam

Samantha Akkineni, in the past few days, has often shared glimpses of her heavy workout. Samantha has been going under rigorous training for her upcoming Gunasekhar directorial. She recently took to her Instagram stories to share how she has only one week of schedule left for her upcoming film Shakuntalam. The actor also mentioned how she has been on a strict diet for the film. The Ye Maaya Chesave actor shared a mirror selfie from the gym. In the photo, the actor was seen wearing a tie-dyed crop top and shorts. She wrote, "Last week of #Shakuntalam. Yassss.. made it to the end.. this is the strictest I have ever been with my diet and training and it's going to be worth it." 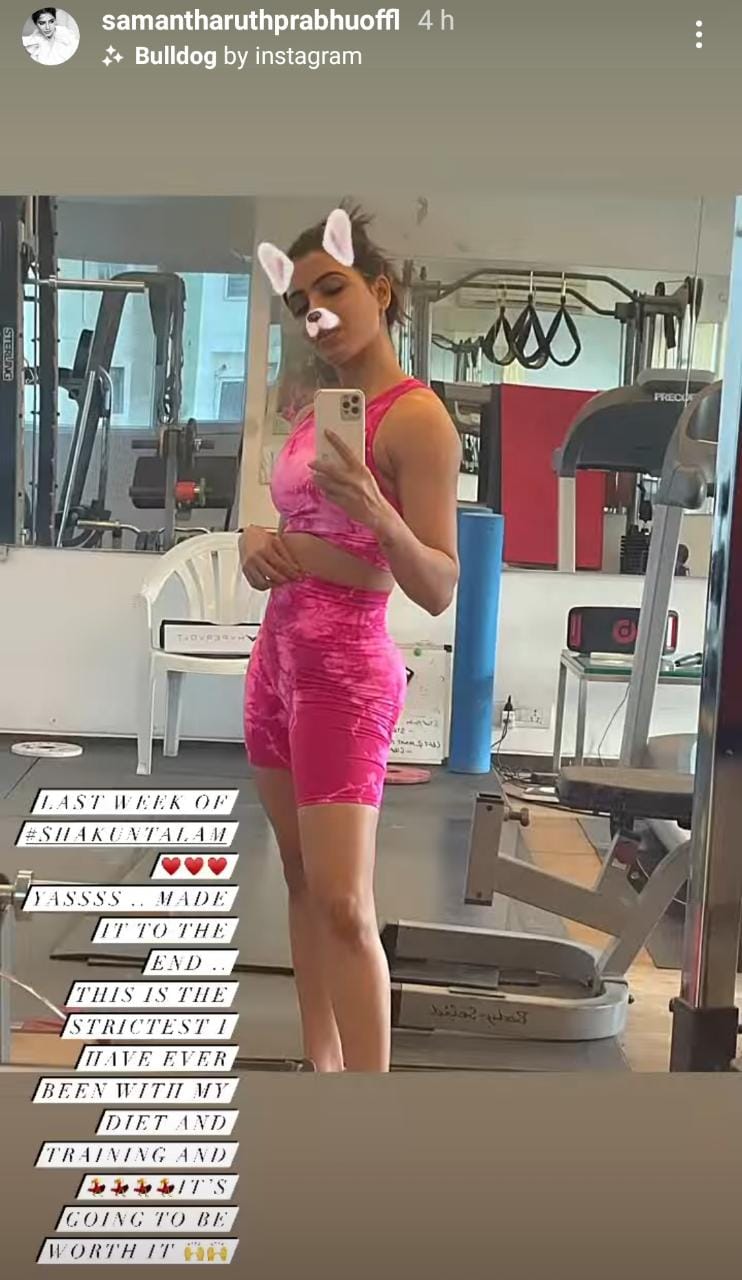 Last week, Samantha Akkineni shared a reel video of her performing some rigorous weightlifting exercises at the gym. In the video, Akkineni wore a white sleeveless t-shirt and black track pants. The actor added the song Switch It Up By Azide and wrote "Switch it up. My Thursday routine with @brahmin_bull" in the caption. The actor's trainer also praised her for her dedication via Instagram stories.

Samantha Akkineni starrer Shakuntalam also has Dev Mohan as Dushyanta and Allu Arjun's daughter Allu Arha as Prince Bharata. As per Hindustan Times, at the inaugural ceremony of the film, Akkineni said Shakuntalam is the film of her dreams. The film is being helmed by Gunasekhar, while Neelima Guna, Dil Raju, and Hanshitha Reddy are bankrolling it. The film is adapted from the famous play Shakuntala by Kalidasa and Vishvamitra.