A fan on Instagram asked Samantha Akkineni if she was shifting to Mumbai amid rumours of her divorce with Naga Chaitanya. Here's her response. 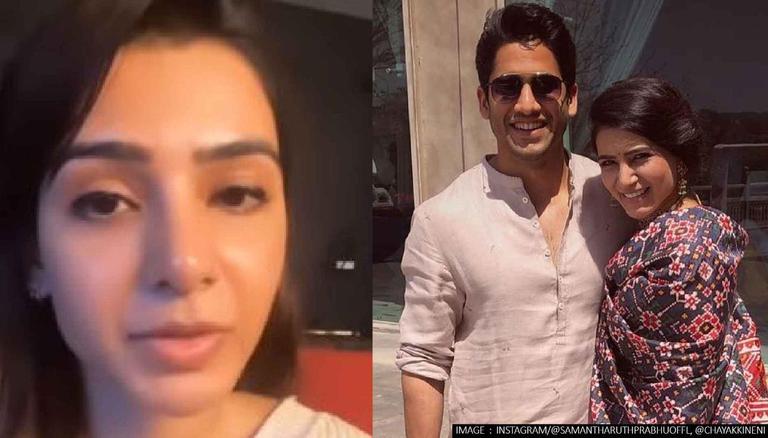 
A rumour that had sparked off with an update on social media is gaining more ground day by day. Samantha Akkineni, who had set off rumours about separation with Naga Chaitanya after changing her bio to just 'S', is being flooded with queries about the alleged divorce. Now, people seem to have curious about whether she was shifting to Mumbai amid the discussion on her personal life. Samantha was recently asked during her fan interaction on Instagram stories if she was heading to Mumbai. The actor dismissed the query.

Samantha replied with a video, “I don’t know where this rumour started but just like a hundred other rumours, not true. Hyderabad is my home, will always be my home. Hyderabad is giving me everything and I will continue to live here happily.”

The 34-year-old's statement came after she made her Bollywood debut earlier this year with the second season of Manoj Bajpayee-starrer The Family Man. There are reports doing the rounds that she could be starring in other Bollywood ventures too. One of them recently linked her with a collaboration with Shahid Kapoor after he praised Samantha.

The only reaction from the Mersal star on the divorce rumours was when she lost her cool at a reporter who asked her about it as she exited an event. Some of her words used on social media are also being linked to her state of mind in reports, like her recent use of the word 'unbreakable'.

She, however, addressed veteran star Nagarjuna as her father-in-law amid reports that he was trying to fix the marriage. She was, however, conspicuous by her absence as the father-son duo came together for the success party of the movie Love Story.  She had called the movie a 'winner' before and they had exchanged tweets.

Previously, when asked in an interview about dropping her surname on her Instagram bio, she had replied that she would express her views only when she felt like and would not be bulldozed into making a statement. This was also in reference to the controversy of her portrayal in The Family Man 2 irking a section of Tamil audiences.