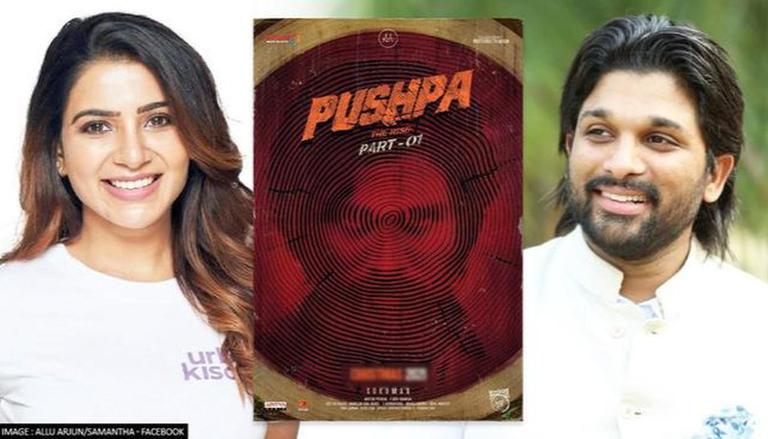 
Fans of Samantha Ruth Prabhu were over the moon on Monday when the makers of Pushpa: The Rise took to social media to announce that the actor has been roped in for a song from the film that will soon be launched. The song will also feature Allu Arjun, who will star in the much-awaited film. Recent reports state that Samantha received a whopping Rs 1.5 Cr to be part of the special song. The film will release on December 17, 2021.

According to reports by Bollywood Life, Samantha Ruth Prabhu is being paid a massive amount of Rs 1.5 Cr for a dance performance in a special song from Pushpa: The Rise. The makers of the Sukumar directorial announced the actor's involvement in the song on Monday through a heartfelt social media post. Taking to Twitter, the team mentioned that Samantha 'gleefully agreed' to be part of the song that will be sure to 'light up the screens'. Fans can't wait for the 'sizzling number' to launch, as the team promised to leave 'no stone unturned' and make it a 'special and memorable' number, as it will mark Samantha's first such appearance in a song.

The poster read, "Pushpa’s 5th song is special, and needed someone special. We reached out to our very special Samantha Garu and she gleefully agreed to come on board owing to the rapport we’ve developed over time. We’re super excited to announce that Samantha Garu is going to light up the screens with Icon star Allu Arjun in the fifth single! This would be the first special song appearance of her career and we are leaving no stone unturned to make it truly special and memorable."

Starring Allu Arjun and Rashmika Mandanna in lead roles, the film is reportedly based on real-life incidents and will revolve around red sandalwood smugglers prevalent in the Chittoor district of Andhra Pradesh. Arjun will take on the role of Pushpa Raj, while Fahadh Faasil, who will also feature in the film will portray the role of a police officer named Bhanwar Singh Shekhawat, the antagonist.