Samantha Ruth Set To Work With BAFTA-winning Director; A Look At Her Upcoming Projects

Actor Samantha Ruth Prabhu, who has shown her acting mettle with diverse roles on big screen, has bagged an International project with BAFTA-winning director. 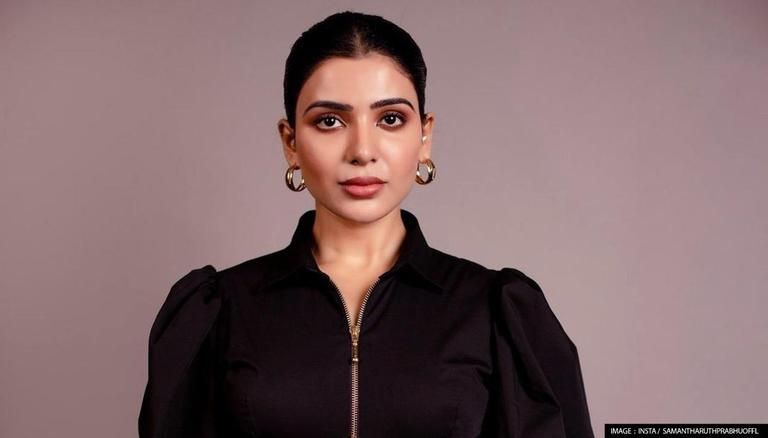 
Actor Samantha Ruth Prabhu, who has shown her acting mettle with diverse roles on the big screen, has bagged an International project with a BAFTA-winning director. The actor has been roped in for Philip John’s next Arrangement of Love. She had shared her excitement with a picture on Instagram where she expressed her joy of working with the director on a new venture.

Now as the actor gears up for her International film, which is expected to go on floors next year, let us look into some of the upcoming projects of the actor that are in the pipeline.

The makers of Pushpa: The Rise recently revealed on social media that Samantha Ruth Prabhu has been roped in for a song from the film that will soon be launched. According to reports by Bollywood Life, Samantha Ruth Prabhu is being paid a massive amount of Rs 1.5 Cr for a dance performance in a special song from Pushpa: The Rise. The makers of the Sukumar directorial announced the actor's involvement with a post on Twitter. Starring Allu Arjun and Rashmika Mandanna in lead roles, the film is reportedly based on real-life incidents and will revolve around red sandalwood smugglers prevalent in the Chittoor district of Andhra Pradesh.

Actor Samantha is set to star in the upcoming bilingual film by the debutant director Shantaruban Gnanasekharan. The film is reportedly believed to be titled Production No 30, however not much has been revealed about the film’s title. The film will be produced by SR Prakash Babu and SR Prabhu and will release in Telegu and Tamil.

Samantha will headline Telugu mythological drama, Shaakuntalam. The film is helmed by Gunasekar. Based on a popular Indian play Shakuntala by Kalidasa, the film features Samantha Ruth Prabhu in the titular role of Shakuntala and Dev Mohan as Dushyanta, the king of Puru Dynasty along with Mohan Babu, Gautami, Aditi Balan, and Ananya Nagalla in supporting roles. The project was announced in October 2020 by Gunasekhar, while the production began in February 2021 in Hyderabad.

For the unversed, Samantha and her ex-husband, Chaitanya has called off their marriage of five years. The two got separated recently and had announced the split with a statement.