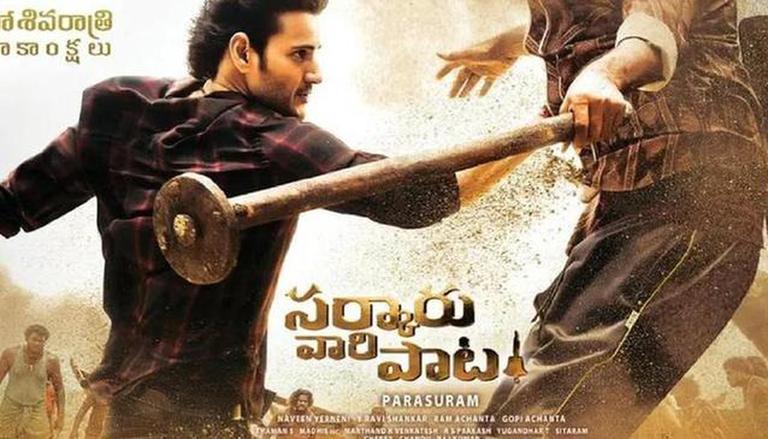 
Mahesh Babu's recent outing Sarkaru Vaari Paata has received immense love and adulation from fans as they flock to theatres to witness the superstar's action-packed avatar. The  Parasuram Petla directorial has now minted over Rs 200 crore worldwide in just 12 days, as the makers announced the milestone on social media.

The director too penned a gratitude note, giving a shoutout to his 'hero' Mahesh Babu, the film's leading lady Keerthy Suresh among others. For the unversed, the film revolves around a conflict between a finance agent who gets conned by a woman and his tussle with her politician father.

Taking to their Twitter handle recently, the official handle of the film shared the news by writing," Super @urstrulyMahesh’s SWAG SEASON continues. #BlockbusterSVP is the BIGGEST GROSSER OF TFI IN 2022 for a regional film." Reacting to the development, Parasuram thanked the film's team and audiences for their love. He wrote, "Heartfelt thanks to my hero Mahesh Babu garu, our beautiful Kalaavathi Keerthy Suresh, my brother Thaman and producers."

In another tweet, he added, "This wouldn’t be even possible without the support of the TFI audience who gave us immense love & support since the beginning." Take a look.

Earlier this month, Mahesh, along with the film's team celebrated its blockbuster opening. In a tweet, he mentioned, "Overwhelmed by the outpouring of love for #SarkaruVaariPaata! To all my super fans, a heartfelt thank you for making this film a blockbuster success! Gratitude always."

Meanwhile, the film also starred Samuthirakani, Vennela Kishore, Nadhiya and Subbaraju in pivotal roles. It has been bankrolled by Mythri Movie Makers, 14 Reels Plus and G. Mahesh Babu Entertainment. The film came out in theatres on May 12, 2022.

Mahesh Babu will now be seen in the tentatively titled SSMB28. The film will see Trivikram Srinivas in the director's seat and will be produced by Naga Vamsi under the banner of Sithara Entertainment.