Marathi actor Shreya Bugde thanks family, friends and fans on Instagram for pouring in birthday wishes for her. Read some cute comments in the article below

Marathi actor Shreya Bugde is known for her stand-up comic and comedy sketches in several Marathi comedy shows. The actor celebrated her birthday on February 2 and took to Instagram to thank fans and friends who poured in birthday wishes for her. Sharing a picture on Instagram, she also wrote her birthday reminded her of how grateful she was. Check out Shreya Bugde's birthday post below.

Shreya Bugde shared a bunch of pictures of her on Instagram, as she cut her birthday cakes. In the caption, Shreya wrote, “Forever grateful!!! â¤ï¸â¤ï¸â¤ï¸ Yesterday on my birthday I was once again reminded of how beautifully blessed I amðŸ˜‡ Sending love to each n everyone of you #greatfulheartâ¤ï¸ #cantthankyouallenoughâ¤ï¸”(sic). The actor was dressed in a pretty black dress on the occasion of her birthday and kept her look simple. Shreya Bugde's fans sent her flowers and gifts on her birthday. Many others sent her virtual birthday wishes. 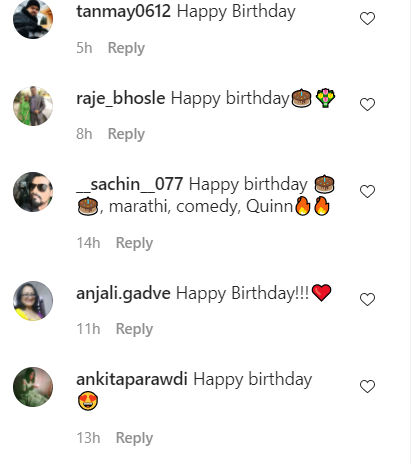 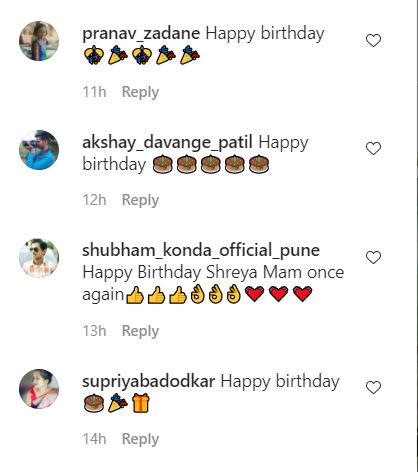 One Instagram user left a comment under Shreya Bugde's photos, wishing her 'Happy Birthday'. Another Instagram user left a comment under her picture, wishing the 'Marathi comedy Queen' a Happy birthday. Shreya Bugde is one of the most popular female comedians in the Marathi industry. Over the years, she has appeared in several TV shows which made her a household name amongst the audience.

Shreya Bugde began her career with a Hindi TV series, Thoda Hai Bas Thode Ki Zaroorat Hai. Shreya Bugde’s TV shows also include Baykola Hava Tari Kay, Sanjog and Majhe Mann Tujhe Jhale. She appeared in several other TV shows and shot to fame after she started appearing in the comedy show Chala Hawa Yeu Day. She's popular for portraying and mimicking different artists, from the Marathi industry as well as Bollywood stars Sri Devi, Madhuri Dixit, and Deepika Padukone. Moreover, she is also known for donning resembling outfits of these stars on the show, for their various skits.