Shruti Haasan Has The Best Reply To Fan Who Quizzed Her About Her Marriage; Check Out

Shruti Haasan did an Instagram Live with her fans and gave a hilarious reply when a fan asked when was she going to get married. 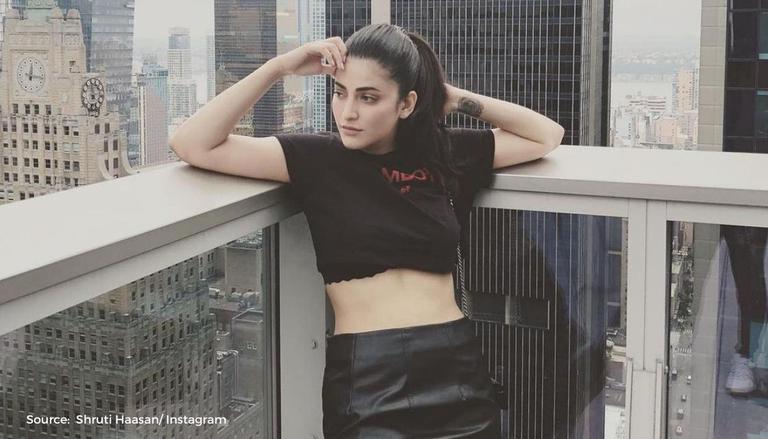 During Instagram Live, a fan inquired about Shruti Haasan's marriage and asked if she was married. Shruti laughed at the comment and said that she did not know when she was going to get married. Her rumoured boyfriend, Santanu Hazarika, could be heard in the background laughing about the question as he too asked her when she was getting married. Shruti in response said, "On the 31st of February as they say."

Shruti and Santanu’s relationship became the talk of the town after the two were seen together for the former’s birthday. Santanu posted an adorable photo of the two from her birthday celebration on his Instagram. Santanu is a doodle artist and an illustrator and has made many artworks on Shruti. The couple is yet to confirm their relationship but their fans are always curious to know more about the pair.

During the Instagram live, Shruti spoke about many things from her personal life. When asked about her favourite shows she revealed that she likes Stranger Things and also said that she watched Friends Reunion. When asked if she would like to work with her father, she said she would love to. Shruti spoke to her fans and hoped that they all remain safe. She also revealed that she is on a cleansing diet as she wants to do some detox for all the junk food she ate during the lockdown. She interacted with fans from all regions and spoke to them in their own languages.

READ | Shruti Haasan trolled with words like 'chudail' for pic in black lipstick, hits back

During the Live video, Shruti was asked by her fans which movie she was shooting for at the moment. She revealed that due to the Covid-19 pandemic, she is unable to shoot for any content. But she said that once things get better, she will resume shooting for Salaar, in which she will be seen opposite Prabhas. She also informed her fans that she will also be shooting for a Hindi web series very soon. Shruti Haasan will also be a part of the movie Laabam along with Vijay Sethupathi.