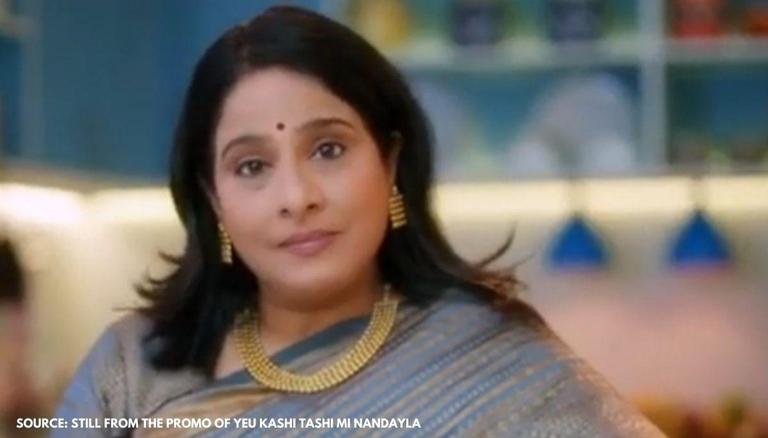 Shubhangi Gokhale portrays the role of Shaku on the new show Yeu Kashi Tashi Mi Nandayla. She's seen as a rich businessman's wife who finds it difficult to fit in their status of a rich wife and a 'high-class woman'. She has seen poverty closely as a kid and values things and people who know her value. As the mother of a young son, she wishes to marry him to a simple young woman who not only treats her as her mother but also as a friend.

Lapataganj is an old comedy show which used to air on Sab TV. The show was based on Sharad Joshi's novel with the same name. Shubhangi Joshi gained immense popularity for her character as Mishri Mausi. She was one of the oldest members in the village, on her show. She became known for her accent on the show and her witty and loving character.

On the bilingual show Kahe Diya Pardes, Shubhangi Gokhale played a small role of a Maharashtrian girl's mother. The story followed a North Indian who falls in love with a Maharashtrian girl from Mumbai. After they get married, he takes her to his village in North India, to start a family. The show followed the girl's struggles to fit in a family, completely opposite of hers. Shubhangi's character on the show was a loving kind-hearted mother who keeps her daughter's happiness above everything in life.