After unveiling an intriguing teaser of the forthcoming much-awaited film, Shyam Singha Roy, the makers have released a lyrical video of its first song, Edo Edo 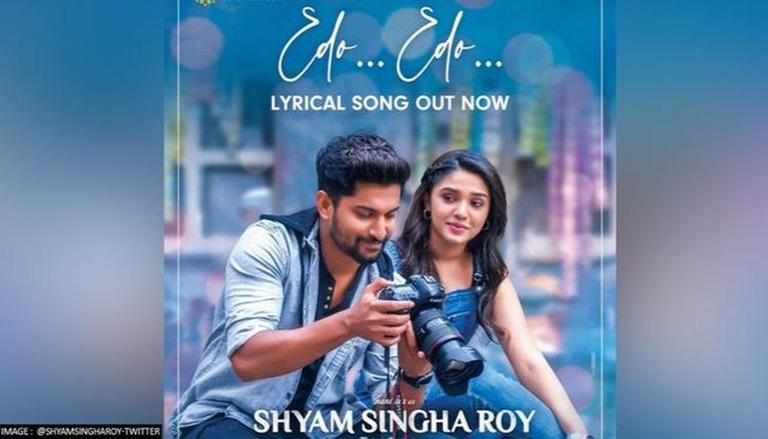 
After unveiling an intriguing teaser of the forthcoming much-awaited film, Shyam Singha Roy, the makers have released a lyrical video of its first song, Edo Edo. In the video, fans get a brief look at Nani and Krithi Shetty's romance. Krithi can be seen endearingly glaring at Nani. The video is a sneak peek into the romantic track which comes with soothing music composed by Mickey J Meyer.

Edo Edo song is a beautiful romantic track from Shyam Singha Roy, which comes with an English mashup. The song is crooned by Chaitra Ambadipudi and lyrics are penned by Krishna Kanth. Many fans and followers dropped lovely comments as the makers shared a tweet informing them that the song has been released. A fan commented, "NANI ANNA THAGEDELE SUPERB SONG KRITHI SHETTY." While another one added, "Lovely Melody Nani Anna Eagerly Waiting For Movie Anna."

Recently, on November 18, the makers shared the first look teaser of the film. The short video clip gives fans a hint of the film's exciting narration, stunning performances by the actors, and superlative technicalities. The teaser begins with Sai Pallavi’s voiceover where she explains the situation of people, as those who are meant to protect them like a god, turn monsters and are capitalising on their feebleness. The short clip also presents other dimensions of Nani as Vasu who is in love with his girlfriend played by Krithi Shetty, who locks lips with him in a sequence. Apparently, there’s a strong connection between these two stories.

The supernatural thriller film is backed by Venkat Boyanapalli of Niharika Entertainment. The story has been written by Janga Satyadev. After much delay, the film is finally slated for a theatrical release on December 24 this year.

The plot of the film is set in two different eras. The period story shows the religious practice of the Devdasi system, while the current story shows the love story of an adorable couple. Along with Nani and Krithi Shetty, the film also stars Sai Pallavi and Madonna Sebastian, while Rahul Ravindran, Murali Sharma, and Abhinav Gomatam can be seen in important roles. Shyam Singha Roy is a Bengali youngster who’s fighting against the Devdasi system and takes on biggies in society.