It was recently reported that Sivakarthikeyan's highly-anticipated Tamil film, titled Doctor, will exclusively premiere on the streaming giant Disney+ Hotstar. 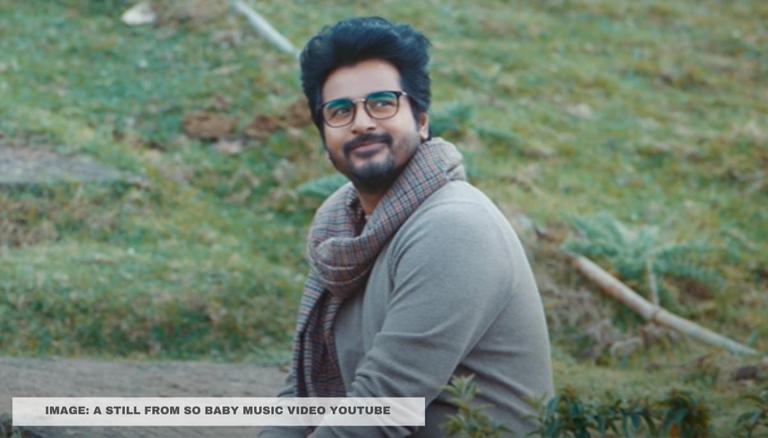 IMAGE: A STILL FROM SO BABY MUSIC VIDEO YOUTUBE


After months and months of anticipation, an update on Sivakarthikeyan's upcoming movie, titled Doctor, has surfaced on social media and it was also quick to become a trending topic of discussion among netizens. It has been recently revealed that the makers of the highly-anticipated Tamil film have finally decided to skip Doctor's theatrical release and take the direct-to-digital route, owing to the ongoing COVID-19 pandemic and lockdown 2021 in the state of Tamil Nadu. Although the Doctor release date is yet to be officially announced, it has been confirmed that the Nelson Dilipkumar directorial will exclusively premiere on the streaming giant Disney+Hotstar.

Originally scheduled to hit the big screen in late 2020, Sivakarthikeyan's Doctor release date was postponed by the makers as its shooting had come to a halt due to the nationwide lockdown. In November last year, it was announced that the medical actioner will release in theatres in April 2021 as the makers had refuted rumours about the film's digital release. Following the announcement of its theatrical release, it was revealed that Doctor will release on March 26, 2021, only to be postponed again due to the Tamil Nadu Legislative Assembly election.

As a result of the deadly second wave of the Coronavirus pandemic, which led to lockdown 2021 in the southern state, the upcoming film's producers have resorted to giving Doctor a direct-to-digital release. Yesterday, i.e. June 28, 2021, LetsOTT Global took to their Twitter handle to confirm that the much-awaited Tamil movie will soon be released on Disney+Hotstar. In addition to that, it was also revealed that the Sivakarthikeyan-starrer will be released in Telugu, Kannada, and Malayalam languages too, along with Tamil. However, the postponed release date of Doctor has been kept under wraps as of now.

Alongside Sivakarthikeyan, the Doctor cast also boasts of Vinay Rai, Priyanka, Arul Mohan, Ilavarasu, and Yogi Babu in key roles. With director Nelson Dilipkumar at its helm, the film has been jointly produced by Sivakarthikeyan Productions and KJR Studios. In February this year, the music video of Doctor's first-ever song, titled So Baby, was released on Sony Music South's YouTube channel.

IMAGE: A STILL FROM SO BABY MUSIC VIDEO YOUTUBE