Tamannaah Bhatia To Reprise Tabu's Role In 'Maestro': 'Honoured To Step Into Her Shoes'

Tamannaah Bhatia took to her Instagram and shared pictures from the first day of her movie 'Maestro' and said that she was honoured to step into Tabu's role. 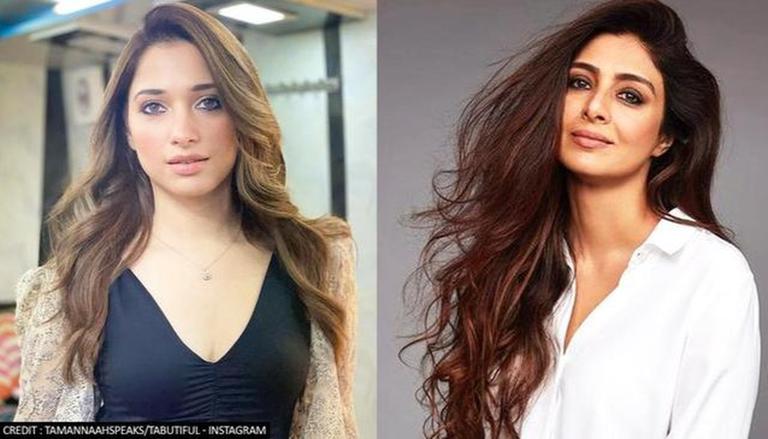 
Actor Tamannaah Bhatia took to her Instagram and shared throwback pictures from the first day of her movie Maestro. Maestro is the official Telugu remake of the 2019 Hindi movie Andhadhun. Nithiin played Ayushmann Khurrana's role while Tamannaah took on Tabu's role. As she shared the pictures, Tamannaah wrote that she was honoured to step into Tabu's rendition of Simran.

'Honour to step into Tabu's rendition of Simran'- Tamannaah Bhatia

Tamannaah Bhatia shared pictures of her first day from the sets of the black comedy crime thriller film Maestro. As she shared the photos the actor gushed about Tabu and said that it was an honour to step into her shoes. She wrote, "This was the first day of Maestro. This was also the day we locked the look for my character in the movie. Looking back, this movie is so special to me - not only because it has been made with a lot of love and care, but also because I had the honour to step into Tabu mam’s @tabutiful rendition of Simran."

Baahubali: The Beginning actor added, "I've always been a fan of her performances and how she has always nailed scenes right on the head. It's a great feeling to have the love we have poured into this movie reciprocated in the form of genuine appreciation for the film - especially given the pandemic that surrounds us. Forever grateful to all the love we are receiving."

Meanwhile, Tamannaah will next be seen in Anil Ravipudi's F3, a sequel to the 2019 superhit film F2: Fun and Frustration. The film will feature actors including Venkatesh, Varun Tej, Tamannaah Bhatia, and Mehreen Pirzada in the lead roles. She will also be seen in the romantic drama film Gurthunda Seethakalam, it is a remake of the Kannada film Love Mocktail. The actor will also be sen alongside Nawazuddin Siddiqui for the Hindi movie Bole Chudiyan. Bhatia has also been roped in to play the lead role in the Telugu remake of the superhit Hindi film Queen. The movie is titled That Is Mahalakshmi and also stars Shibani Dandekar, Roopa Lakshmi, Samarth Ashok Hegde, Geetanjali and CVL Narasimha Rao in supporting roles.