The Citizen movie starring Thala Ajith completes 20 years today. The fans of the film and Ajith Kumar are celebrating this landmark with their numerous tweets. 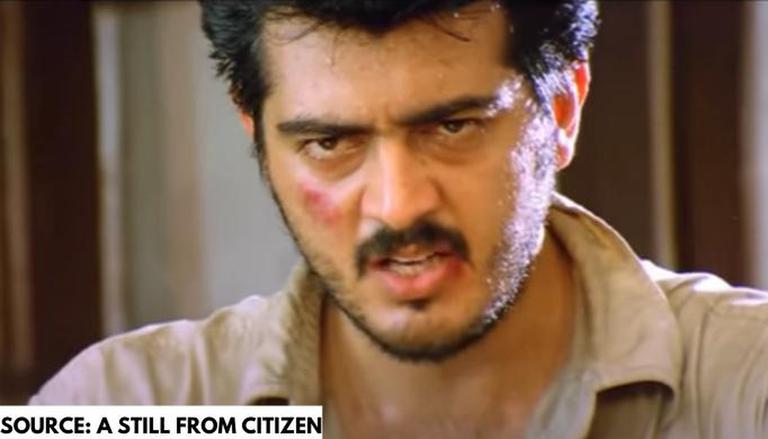 SOURCE: A STILL FROM CITIZEN


Citizen, the 2001 Tamil language action thriller, starring Thala Ajith in the titular role, completes 20 years today. The film was released on 8 June 2001 and had a successful theatrical run of over a hundred days. On the occasion of the 20th anniversary of Citizen, fans of Thala Ajith are expressing their love for the film on Twitter.

Citizen movie is an action thriller, directed by Saravana Subbiah, who is also known for directing the film ABCD and for his acting roles in films like Raavan, Kaashmora, and 10 Endrathukulla. The film was Saravana Subbiah’s directorial debut. With Ajith Kumar, fondly called Thala Ajith, playing the lead role, Citizen also starred Meena, Vasundhara Das, and Nagma, in prominent roles. Ajith Kumar had also won the Cinema Express Award for the Best Actor, for his role in Citizen, in 2002.

The plot of Citizen revolves around the story of a vigilante, played by Thala Ajith, who is kidnapping some powerful politicians, who are involved in the genocide and disappearance of a village. He carries out the kidnappings by assuming different identities, and masquerades. Nagma plays the role of CBI Officer Sarojini Harichandran, who is tasked with finding and apprehending the vigilante, who goes by the name of ‘citizen.’ The director of the film, Saravana Subbiah, has also made a cameo appearance in the film, as a news reporter. Thala Ajith had received a lot of applause and acclaim for his different get-ups and masquerades in the film.

READ | Thala Ajith's quiz for die hard fans: Can guess the films based on these stills?

Among all of Thala Ajith's movies, Citizen remains one of the most loved films among his fans, even after 20 years. The fans have been celebrating its anniversary by posting its artworks and stills on Twitter. Some of the fans have also been posting the stills of Thala Ajith’s masquerades from Citizen. With these tweets, the hashtag #20YearsOfGreatCITIZEN has become one of the most trending hashtags on Twitter today. Take a look at some of these tweets from the fans of Citizen.

Citizen Climax scene - Rajaji Hall was shot with 5000 Thala Fans, One of the most authentic shots ever👌
Fanbase level, that also in 2001😎#AjithKumar 😊#20YearsOfGreatCITIZEN ☝️#Valimai ❤️ pic.twitter.com/vaqxXCHMrQ

One of the greatest ever movie in Thala Ajith's career & also in kollywood cinema 💯❤️👍 #20YearsOfGreatCITIZEN#Thala #Ajithkumar #Valimai pic.twitter.com/WAP3whaAJU

READ | Thala Ajith receives bomb threat at Chennai home, turns out to be hoax
READ | Did you know Thala Ajith was first offered the lead role in 'Ko' opposite Karthika Nair?