Tovino Thomas complimented actors Arjun Kapoor and Parineeti Chopra for the performance in Sandeep Aur Pinky Faraar. He said it's one of their best work. 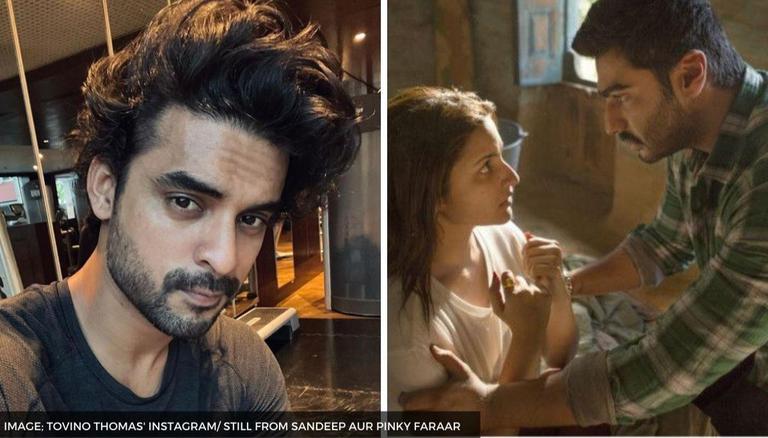 
Arjun Kapoor and Parineeti Chopra's Sandeep aur Pinky Faraar had a theatrical release on March 19, 2021. However, the film did not receive a good response at the box office. Almost two months later, the makers decided to premiere the film on the OTT platform Amazon Prime Video. Ever since its OTT premiere, the movie is receiving appreciation from the audience. Malayalam actor Tovino Thomas is one of them. He took to his Instagram account and wrote a Sandeep aur Pinky Faraar review. Take a look at what the actor had to say about Arjun Kapoor and Parineeti Chopra's performance.

Tovino Thomas shared the poster of the film featuring Arjun and Parineeti. He wrote that he thoroughly enjoyed the film and mentioned that the actors have given a "phenomenal performance". He also added that the film is one of Arjun Kapoor's best. Take a look at Tovino Thomas' Instagram story. 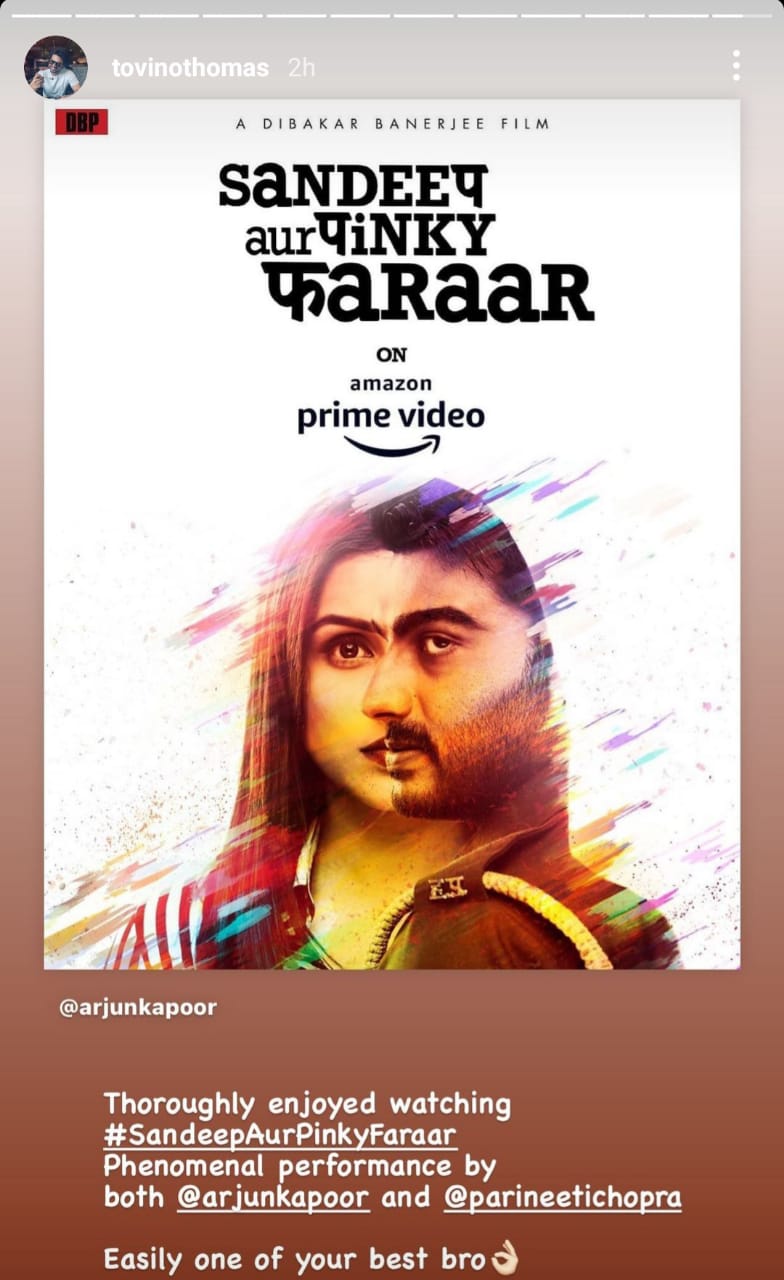 Sandeep aur Pinky Faraar is a crime drama film which is directed and produced by Dibakar Banerjee. The film features Arjun Kapoor, Parineeti Chopra in the lead roles along with Jaideep Ahlawat, Raghubir Yadav and Neena Gupta in supporting roles. The plot of the film revolves around Sandeep and Pinky who are from two different backgrounds. They are being hunted down by Sandeep's boss. The background score is composed by Dibakar Banerjee.

Tovino Thomas on the work front

Tovino Thomas' latest films include Kilometers and Kilometers which released in August 2020. He was seen portraying the role of Josemon alongside Joju George. The actor recently announced the release of his film Kala. The film had its digital premiere on the OTT platform Amazon Prime Video.

He will next be seen in Kurup playing the role of Chacko alongside actors Dulquer Salmaan, Indrajith Sukumaran, Sunny Wayne, Shine Tom Chacko, Sobhita Dhulipala, and Maya Menon. He will also be seen in Minnal Murali playing Jason. These two films are currently in post-production. The actor will also be seen in films like Kaanekkaane, Vazhakku, Naaradan, Karachi81 and Thallumala.