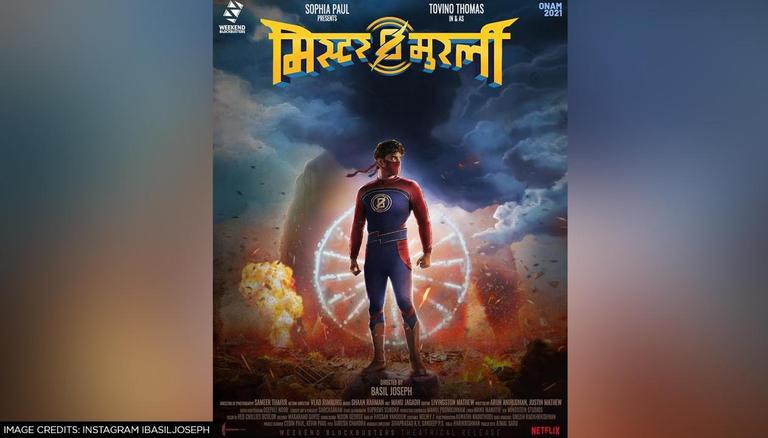 
Tovino Thomas starrer Minnal Murali, in which the actor will play the role of a superhero, is set to premiere on Netflix soon. The  Ennu Ninte Moideen star took to his Twitter account on Monday, 6 September 2021, to share a short teaser about the movie's multilingual release on the streaming giant. The film's trailer release tickled fans' curiosity as they witnessed Thomas' Murali character showcasing superhuman ability. The original Malayalam film will be made available in languages like Tamil, Telugu, Kannada and Hindi.

The Basil Joseph directorial, in which Tovino will be helming the role of the fastest man alive on Earth, will become the first-ever superhero film produced by the Malayalam film industry. The superhero flick's release has witnessed several delays owing to the COVID-19 pandemic. This led the makers to shift to an OTT platform from an earlier planned theatrical release.

The makers had earlier announced that the movie will hit the floors in September 2021, however as per the latest development, no official release date has been revealed. Tovino and Basil mark their second collaboration with Minnal Murali, which is being produced by Sophia Paul, under the banner of Weekend Blockbusters. The film will be released in various regional languages with different titles. It has been titled Mister Murali in Hindi and Merupu Murali in Telugu. The movie will also be released in Kannada as Minchu Murali and as Minnal Murali in Tamil and Malayalam respectively

The COVID-19 pandemic continues to spiral problems for the film industry, while the movie also faced an additional hurdle of their sets being vandalised. Last year, while the shoot of one of the movie's sequences using a church-shaped set was going on, a miscreant with vested interests demolished the whole set and was later on arrested by the police. Expressing anguish and shock at this incident, the director took to his Facebook handle, stating that he never expected such an atrocity could happen in Kerala."For some people, it could be a joke, troll, publicity or politics. For us, it was a dream. The set was erected just before the lockdown. We had been working for two years to realise the movie, he wrote.