The 96 actor Trisha has a new look that the internet cannot seem to get over. Read to know what her fans have to say after seeing this look. 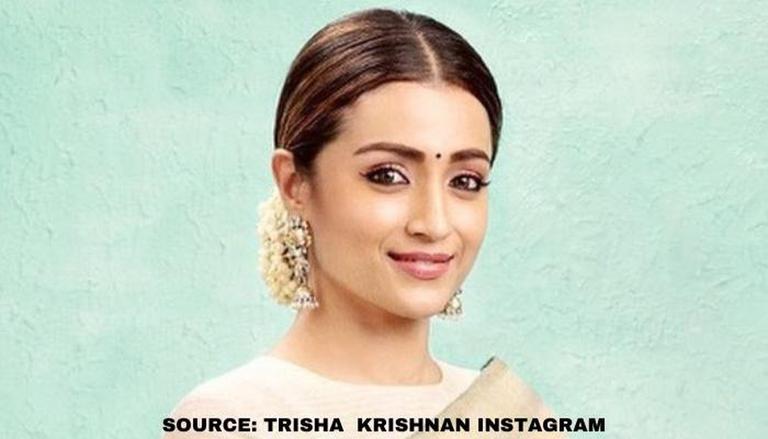 
On June 15, 2021, Nuvvostanante Nenoddantana actor Trisha took to Twitter and posted a picture of herself. The actor got a new haircut and gave her fans, a glimpse of her new look. Fans were gushing over the post as they told her that she was ageing in reverse. Some even went on to say that they wanted to marry her!

Trisha posted a photo of herself and accompanied it with a caption that read "#newhair #nofilter How u doing?" The Aadavari Matalaku Arthale Verule actor donned a black and white striped shirt, and let her hair down to show her followers, her new hairstyle. The tweet has already been retweeted more than 1500 times, showing how much fans love the new look that she sports. The Tweet garnered over 35 thousand likes, in the short span that it was posted

Most fans wrote on her timeline to tell her that she was looking absolutely beautiful. A few fans even jokingly asked her to marry them already. A few of the comments on her tweet were telling her how she made their "tough day" with her new look and cheered them up. Fans even said that they felt like the Enakku 20 Unakku 18  actor was in fact ageing in reverse because of how mesmerising she looked. 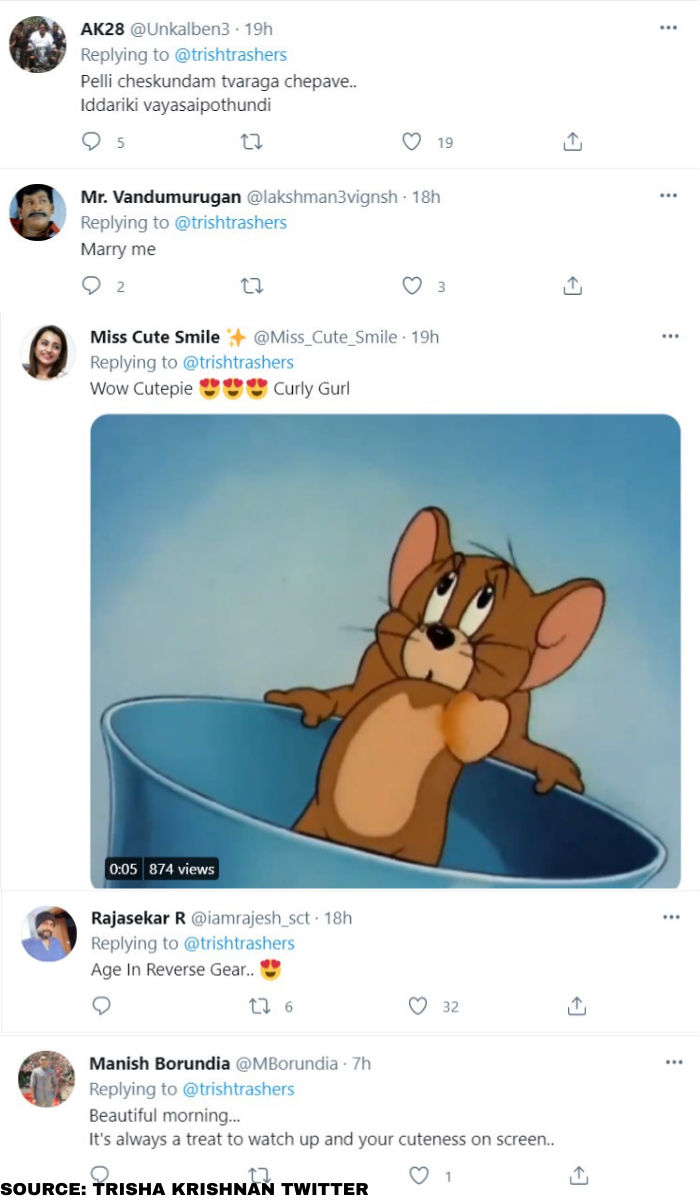 After Paramapadham Vilayattu, in 2021, Trisha was roped in for multiple projects in Kollywood. Apart from this, she has also signed a Malayalam film Ram, which is written and directed by Jeethu Joseph, and stars Mohan Lal, and Indrajith Sukumaran alongside Trisha. The movie is most likely to release in the year 2021 itself. Another one of Trisha's projects is the Mani Rathnam directorial Ponniyin Selvan, gearing up to release in 2022. The movie has an ensemble cast of Vikram, Aishwarya Rai Bachchan, Jayam Ravi, Karthi, Jayaram, Vikram Prabhu, Aishwarya Lekshmi, and Sobhita Dhulipala. It is based on the novel Ponniyin Selvan by Kalki Krishnamurthy. Trisha has completed shooting for the Sundar Balu directorial Garjanai, the N V Nirmal Kumar directorial Sathuranga Vettai 2, and the M. Saravanan directorial Raangi, all three of which are scheduled to release in 2022.