Ajith Kumar is gearing up for the release of his upcoming film, 'Valimai'. The makers have now released the song 'Mother' from the actor's next project. 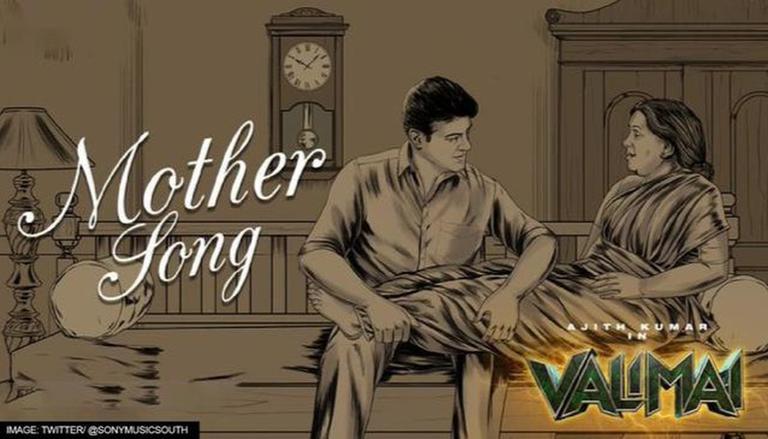 
Ajith Kumar is currently gearing up for the release of his upcoming film, Valimai. The team behind the film released a song from the upcoming release titled, Mother, which gave fans goosebumps. Crooned by Sid Sriram, the song is a celebration of the bond between a mother and child. The song is a soothing number and will surely make fans emotional

The film's all-new song was released on Sunday and took fans by surprise. The number is meant to be dedicated to all mothers and is a tribute to motherhood. The team behind the film promised that the song would be a 'soul-stirring' experience as they announced the song's release on Twitter on December 5. The makers shared the poster and link of the song as they wrote, "The uncelebrated bond Here comes the soul-stirring #MotherSong from #Valimai." The animated music video shows the journey of motherhood in a touching way.

Listen to the song here

The first few glimpses of the much-awaited film came in September and fans have been awaiting the unveiling of the release date since. Producer Boney Kapoor took to social media a few months ago and shared a video of the glimpses from the film. He wrote, "Get ready for the #ValimaiPongal! Here's presenting the #ValimaiGlimpse featuring #AjithKumar." Valimai is currently in the post-production stage and will mark Ajith's second collaboration with Boney Kapoor and director H Vinoth after the 2019 legal drama, Nerkonda Paarvai.

Touted to be a cop drama, the film will see Ajit play a police officer and features Huma Qureshi, Kartikeya Gummakonda, Yogi Babu, and others in pivotal roles. The film is expected to be full of action-packed sequences and stunts. Ajith is well-known for being a race driver for a brief period of time and has participated in circuits across India. He is among the few Indians to have raced in Formula championships in the International arena as well.

Get ready for the #ValimaiPongal! 🔥

The actor was recently in the news after he issued a statement requesting his fans and the media to refrain from using the Prefix 'Thala' for his name. He wrote, "The respected members of the media, public and genuine fans. I henceforth wish to be referred to as Ajith, Ajith Kumar or just AK, and not as ‘Thala’ or any other prefix before my name. I sincerely wish you all a beautiful life filled with good health, happiness, success, peace of mind, and contentment forever. Love, Ajith."

READ | Ajith Kumar requests fans to stop calling him ‘Thala’; Here's how netizens are reacting
READ | Why was Ajith Kumar conferred the title 'Thala' and what does it mean?

WE RECOMMEND
Arjun Kapoor on dad Boney Kapoor joining Instagram: 'He wants to keep track on his kids'
Why was Ajith Kumar conferred the title 'Thala' and what does it mean?
'Valimai': Thala Ajith Kumar starrer release date announced, teaser to be out this week
'Valimai' cast: Know about the actors in the upcoming Tamil film by filmmaker H Vinoth
Valimai Glimpse to release today; Netizens speculate release time
Listen to the latest songs, only on JioSaavn.com