Ahead of 'Drushyam 2' release, Venkatesh Daggubati shed light on the crime drama, noting that it will take audiences on an 'emotional yet exhilarating journey'. 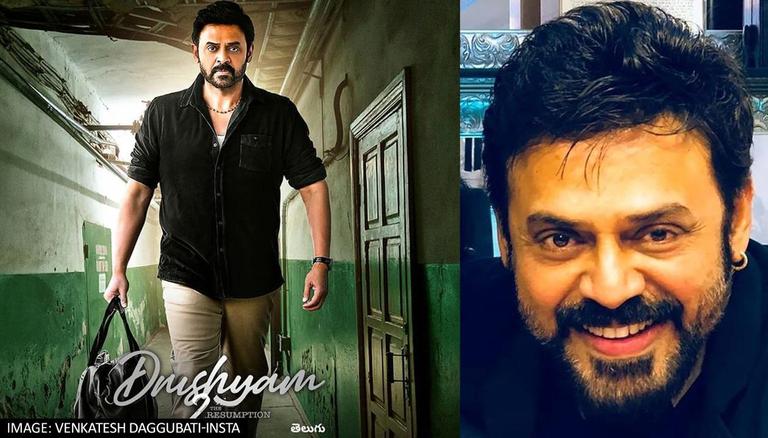 
Venkatesh Daggubati's Drushyam 2 has piqued the audience's curiosity with its recently released trailer, showcasing his character Rambabu on a quest to protect his family amid intense investigations. The actor recently spilt beans on the upcoming Jeethu Joseph directorial, noting that it will take viewers on an "emotional yet exhilarating journey". According to ANI, Venkatesh iterated that the second instalment will put to rest all the ongoing theories about what could've happened in Rambabu's life as he strode ahead to protect his family.

"Drushyam 2 will take audiences on an emotional-yet-exhilarating journey, with the twists and turns in the plot that keep the suspense alive, and our viewers yearning for more," he remarked. The film will take off from where the first movie concluded, revealing thrilling instances as the family dives deep into the inspection about their past.

Daggubati also thanked his fans for showing immense love and adulation. "The response we have received-and the cult-status 'Drushyam' achieved--was unprecedented and gave impetus to all of us to take the legacy forward with 'Drushyam 2'," he noted.

Writer and director Jeethu Joseph also spoke about the makers' ardent wish of curating a sequel to Drushyam. According to ANI, Noting that the film is extremely close to his heart, Joseph said," I always knew that I had to bring the epic franchise back to the audience but I believe everything has its own right time". He quipped that it took him a long haul to decide upon ways to proceed with the storyline, but with the support of all his cast and crew, he could 'convert this vision into reality.' "I am now ready to bring this film to our audiences, and we can't wait to hear their reactions. Joining forces with Amazon Prime Video is just icing on the cake for all of us," he added.

Apart from Venkatesh Daggubati, the film also stars Meena, Kruthika, Esther Anil, Sampath Raj, Poorna, and others in pertinent roles. Bankrolled by D Suresh Babu, Antony Perumbavoor and Rajkumar Sethupathy, the film is gearing up for a release on November 25, 2021, via Amazon Prime Video.

READ | Venkatesh wraps up shooting for 'Drushyam 2'; filming had begun in March 2021