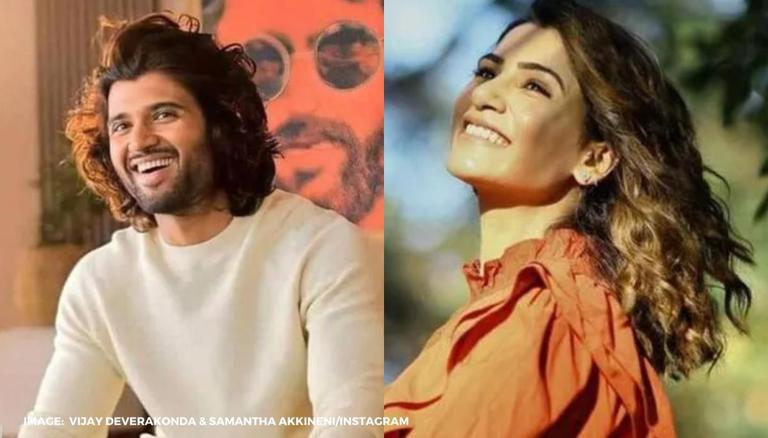 
Vijay Deverakonda produced the song Kalyanam, from the upcoming movie Pushpaka Vimanam and it has just released. The song was launched by Samantha Akkineni. Read further and find out details about the song and the movie.

Samantha Akkineni took to her Twitter on June 18, 2021, and launched the music video of the song Kalyanam, which features Anand Deverakonda and Geeth Saini in the lead roles. The song is a part of their upcoming movie Pushpaka Vimanam, which has wrapped up filming and releases this year. It has been voiced by Sid Sriram, with lyrics by Kasarla Shyam.

The song released via the official channel of Aditya Music on YouTube and has garnered over 8.8k likes, since the release. It has received close to 73k views on the streaming platform. The music for the song has been composed by Ram Miriyala.

Pushpaka Vimana is an upcoming movie, written and directed by Damodara, with Vijay Dashi, Govardhan Rao Devarakonda and Pradeep Errabelli, bankrolling the project. It is the fourth movie featuring Anand Deverakonda, who will be sharing screen space with Suneel, Anand Deverakonda, V.K. Naresh, Saanve Megghana, Kireeti and Geeth Saini. It has Hestine Jose Joseph and Ravi Teja Girijala on board for cinematography and editing, respectively.

Vijay Deverakonda on the work front

In 2021, the actor made a cameo appearance in the movie Jatti Rathnalu and played the blue shirt guy. He will be seen next in the movie Liger, which is a portmanteau word for Lion and Tiger. He will be starring opposite Ananya Pandey, who makes her Telugu debut and is also being made in Hindi, simultaneously. It is directed as well as directed by Puri Jagannadh.