Vijay Sethupathi: All Films In Which The Actor Was Credited As A Playback Singer

Vijay Sethupathi has appeared in a number of films over the course of his career in which he has provided his beautiful voice as a singer. Check out the list - 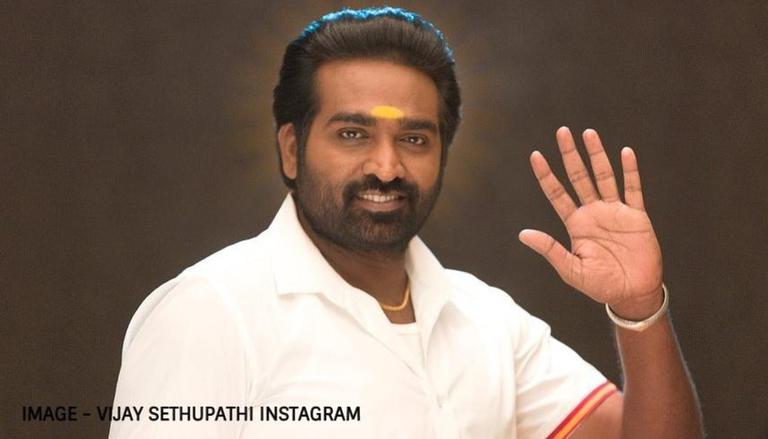 Orange Mittai is a Tamil comedy film co-written and directed by Biju Viswanath. The film was produced by Vijay Sethupathi and features him in the lead role alongside Ramesh Thilak, Aashritha, and Karunakaran. Apart from acting, Sethupathi sang the songs Orae Oru Oorla and Straight Ah Poyee for the film. In addition, Vijay also wrote the lyrics for the latter. Check out the songs below -

Hello Naan Pei Pesuren is a Tamil comedy horror film written and directed by S. Baskar and produced by Sundar C. The music for the film was composed by Siddharth Vipin. The film stars Vaibhav as the male lead whereas Oviya and Aishwarya Rajesh play the female leads. Even though Sethupathi was not an actor in the film, he co-sang the song, Majja Malcha, with Jagadesh and Praba. Check out the song below -

READ | All Vijay Sethupathi movies that have released so far in 2021; see list

Atti is a Tamil comedy film directed by Vijayabhaskar. The film stars Ma Ka Pa Anand and Ashmitha in the lead roles. The film also features music composed by Sundar C Babu. Once again, Sethupathi does not appear in the film as an actor but was credited as a playback singer for the song Atti Atti. Fans can listen to the audio below -

Ispade Rajavum Idhaya Raniyum is a Tamil romantic thriller film. The film stars Harish Kalyan and Shilpa Manjunath in the lead roles. Artiste, Sam C. S. composed the film's soundtrack and score with Vijay Sethupathi providing the monologue for the song, Yei Kadavule. Interestingly, Sethupathi provided his voice for the monologue in the song while Harish Kalyan, provided the vocals, however, both of them were credited as playback singers. Take a look -

Dear Comrade is a Telugu romantic action drama film written and directed by Bharat Kamma starring Vijay Devarakonda, Rashmika Mandanna in the lead roles. The music for the film was composed by Justin Prabhakaran, in his debut Telugu film. The film's soundtrack was released in Telugu, Tamil, Malayalam, and Kannada languages.

Lyrics for the songs were written by Rehman, Chaitanya Prasad, and Krishna Kanth for Telugu. Artistes Karthik Netha, Viveka, Mohan Rajan, Stony Psyko, Dope Daddy, and Justin Prabhakaran provided the lyrics for the Tamil renditions with Vijay Sethupathi singing the Tamil version of Comrade Anthem.  The actor did not appear in the film but was credited as a playback singer.

Devarattam is a Tamil action-drama film written and directed by M. Muthaiah. The film stars Gautham Karthik and Manjima Mohan in the lead roles. The film's soundtrack was composed by Nivas K. Prasanna with Vijay Sethupathi singing the song, Madurai Palapalakkuthu along with Nivas K Prasanna, Priyanka Deshpande, and Niranjana Ramanan. The actor did not appear in the film but was credited as a playback singer.