After leaving fans speechless with his rough character in the last release Vikram, actor Vijay Sethupathi is back in action with his next Malayalam project. 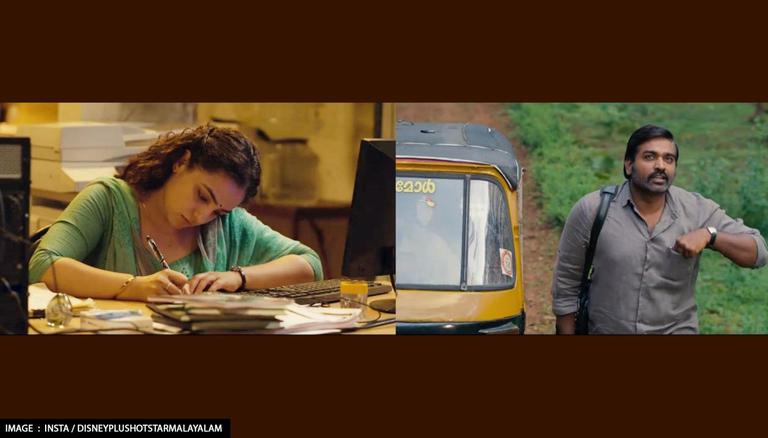 
After leaving fans speechless with his rough character in the last release Vikram, actor Vijay Sethupathi is back in action with his next Malayalam project 19(1)(a). The film derives its name from the article regarding Freedom of Speech and Expression in the Indian Constitution which is believed to form the crux of the story.

The makers dropped the teaser on July 19 and in no time, it started to gain momentum on social media. The teaser of the upcoming film is quite intriguing and is sure to leave fans wearing their thinking caps. The film helmed by Indu VS also stars Mission Mangal star Nithya Menen, and Indrajith Sukumaran among others in key roles.

For the unknown, the upcoming film will mark Sethupathi's second Malayalam film after Marconi Matthai where he had a small cameo. The upcoming film is a direct-to-digital release and will premiere on Disney+ Hotstar. After the poster of the film created a strong buzz, the makers released the gripping teaser.

"Presenting the official teaser of 19(1)(a) starring Vijay Sethupathi, Nithya Menen, Indrajith Sukumaran, and Indrans. Coming soon on #DisneyPlusHotstarMultiplex," the streamer said in a post on Tuesday. The teaser showed both the lead stars Vijay and Nithya discussing the art of writing (both fiction and non-fiction) and how a writer’s personal life can influence their work. Going by the clip, it seems that Menen is working on a manuscript as she works at a shop.

In an interview with PTI earlier this month, Menen had described "19(1)(a)" as a "gentle" film that subtly addresses strong issues. The upcoming movie is produced by Anto Joseph Film Company in association with Aan Mega Media.

Earlier, Vijay Sethupathi had dropped the first look of his upcoming film on Instagram. The poster showed half faces of both Vijay Sethupathi and Nithya Menen. "Here is the first look poster of 19(1)(a) (sic)," he wrote then. The makers of the film completed its shoot back in January 2021. Due to the COVID-19 pandemic, the film's director Indhu V.S. announced that the movie will not have a theatrical release and rather go for an OTT release.