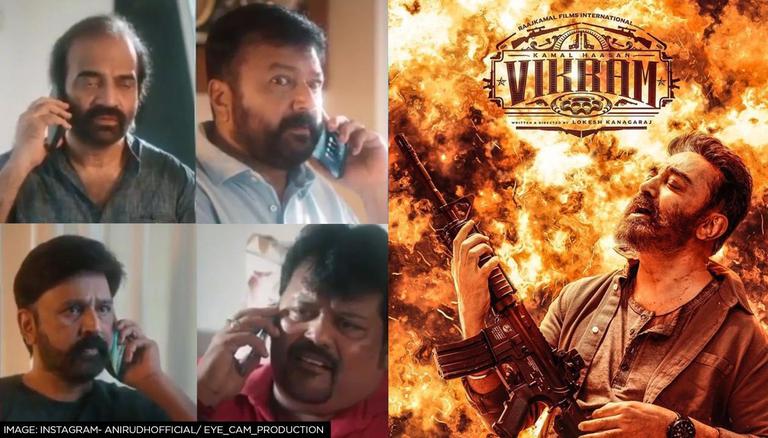 
Kamal Haasan is one of the most sought after actors down south. He is currently gearing up for the release of his much-awaited film Vikram, in which he will be seen taking on a lead role alongside Fahadh Faasil and Vijay Sethupathi. The first look character poster and the hard-hitting dialogues in the trailer of Vikram have already fueled fans' excitement levels for the film.

The Kamal Haasan starrer is all set for its theatrical release on June 3, 2022. As the release date of the highly anticipated film is inching closer, makers are leaving no stone unturned in promoting the project. Recently, makers shared a new promo promoting Vikram that featured the evergreen Panchatanthiram cast.

Here take a look at the video-

For the unversed, Panchatanthiram was released in 2002. It was directed by K. S. Ravikumar and written by Kamal Haasan and  Crazy Mohan. It opened to some positive reviews from fans and critics alike. The film featured Kamal Haasan,  Jayaram, Ramesh Aravind, Sriman, Yugi Sethu, Simran and Ramya Krishnan in lead roles along with Urvashi,  Aishwarya, Sanghavi, Vidhya Venkatesh, Devayani and Nagesh taking on some important roles.

The film is written and directed by Lokesh Kanagaraj and produced by Raaj Kamal Films International. As mentioned earlier, apart from Kamal Haasan, the film also features Vijay Sethupathi and Fahadh Faasil along with Narain, Arjun Das, Harish Uthaman,  Chemban Vinod Jose with many others taking on some important roles. Kamal Haasan recently promoted the film at the 75th edition of the Cannes Film Festival.