A cinephile account recently shared videos as Aishwarya Rai Bachchan effortlessly recreated scenes in 'Raavan' and 'Raavanan'. Take a look at them here 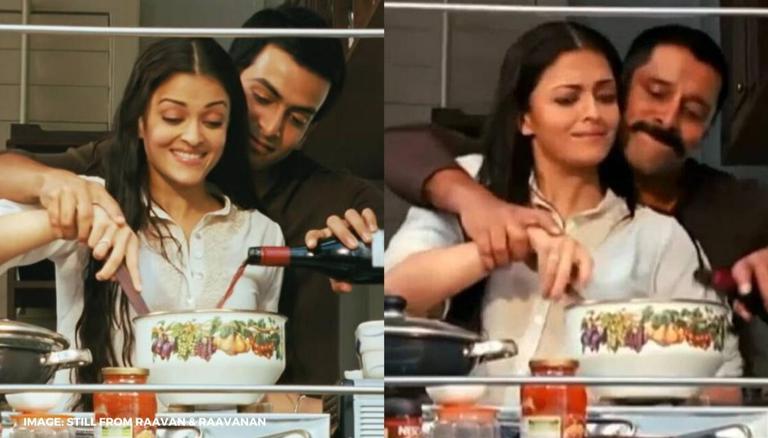 Image: Stoll from the movies


Back in 2010, Mani Ratnam released two versions of his film Raavanan, which was a modern take on the epic Ramayana. While both the movies had a change in male leads, Aishwarya Rai Bachchan played the female lead in both of them and aced it. In a recent post, a cinephile page shared a video, which combined clips from both the movies, and fans are in awe of the actor’s performance, as well as the choreography.

The Hindi version, titled Raavan starred Chiyaan Vikram, Abhishek Bachchan, and Aishwarya Rai Bachchan; whereas the Tamil version saw Prithviraj Sukumaran and Aishwarya Rai Bachchan, along with Chiyaan Vikram playing the antagonist. Mani Ratnam did not go with making one movie and then dubbing it in both languages but chose to re-shoot all the scenes with the different male actors. Rai played the role based on Sita, in both the movies which were inspired by the Ramayana.

The story was different from the epic, as the second half of it revolved around themes of Stockholm Syndrome. In the Hindi movie, Abhishek Bachchan played the role of the king of Lanka, with Vikram playing a character on similar lines with Ram. While the Tamil version, Raavanan saw Vikram switch to the role of the antagonist and Prithviraj, playing the character based on Ram.

The cinephile account, shared an edit with a sequence from both the movie, playing together and fans are thoroughly enjoying it while commending Aishwarya. One of the fans wrote, “I also felt that this choreography done by someone that I familiar…now I got that style… only one ...the one and only. Shobhana ma'am”. Another said, “For the longest time I was hoping someone would make side by side clips of Raavan and Raavanan. The fact that Mani Sir made the entire movie twice and each scene looks so perfectly similar albeit with different actors is truly fascinating to me”. 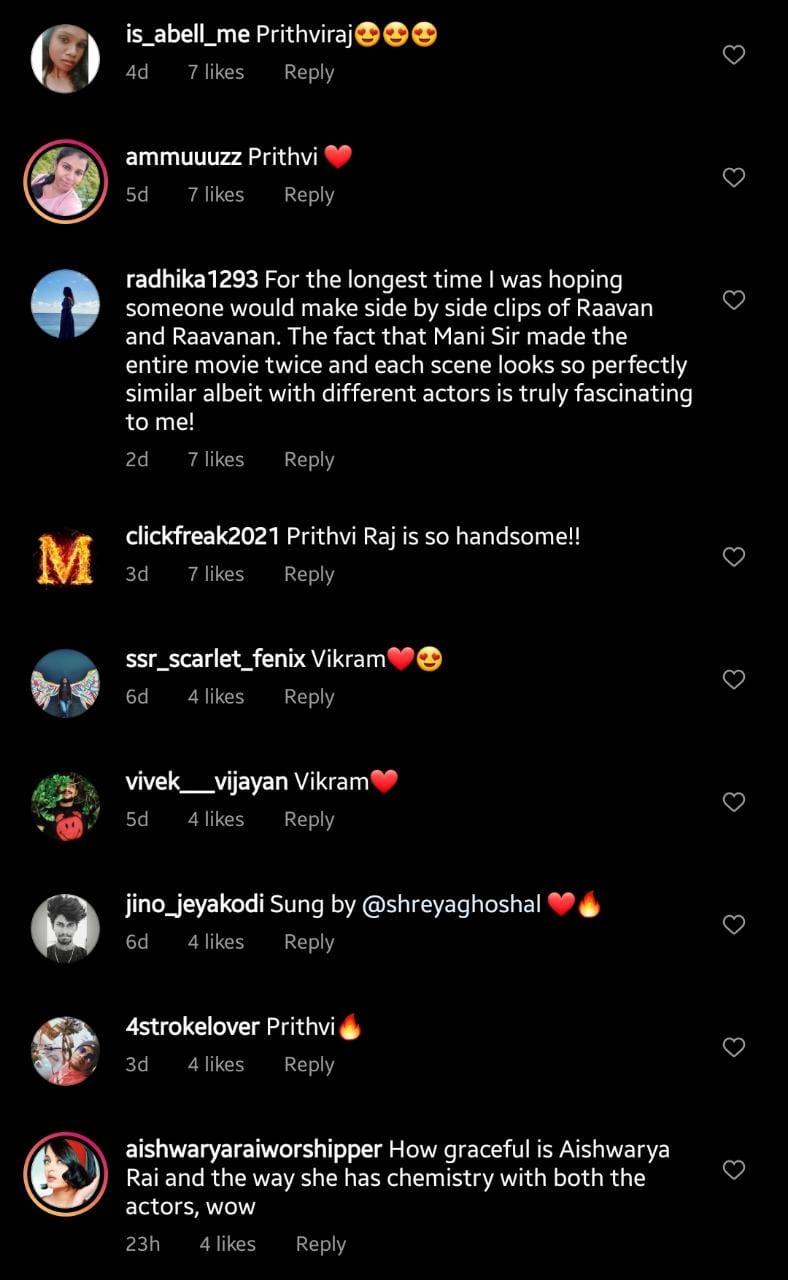 Both the movies were directed and produced by Mani Ratnam, who also co-wrote the screenplay and the dialogues. The movies had music by AR Rahman and were cinematographed by Santosh Sivan and V. Manikandan. The movies arrived together in the theatres on June 18, 2010.

READ | Did You Know Aishwarya Rai Bachchan danced to 'Nimbooda' with swollen feet?