Take a look at Chiranjeevi Sarja's childhood photos shared by his wife, Meghana Raj. The late actor looked adorable in the throwback picture.


Late renowned actor Chiranjeevi Sarja had been in the Kannada film industry for more than eleven years. Hailing from a family of actors, he began his career with the 2009 film, Vayuputra. He was featured in more than twenty films such as Varadhanayaka, Whistle, Chandralekha, Amma I Love You, Rudra Tandava, among others. However, the actor passed away due to cardiac arrest in June 2020. His last film Shivarujuna released in 2020.

In the month of October 2017, Chiranjeevi got engaged to actor Meghana Raj. Chiranjeevi Sarja and Meghana Raj got married in a Christian ceremony on April 30, 2018, followed by a Hindu ceremony on May 2. At the time of his death, the couple was expecting their first child. His son was born on October 22, 2020, four months after his death.

READ | Meghana Raj shares a relatable meme about her friends; take a look

Recently, Meghana dropped an adorable video featuring their son. In the video, his son can be seen touching his father's portrait. Meghana tagged the place JP Nagar to the post and penned a sweet caption. She wrote, "Our miracle forever and always! '#JrC', '#chiranjeevisarja'".

As soon as the video was up on the internet, many of the couple's fans and followers dropped positive comments. Ragini Prajwal commented, "Adorable" and dropped heart-eyed face emoticons. Smitha Deepak called it, "Super cute" and dropped a red heart. A fan commented, "He is precious". Another one wrote, "Most heart touching video". A netizen commented, "Your dad is always with you and within you little prince... God bless you...". Another one wrote, "Most adorable video on Internet today". 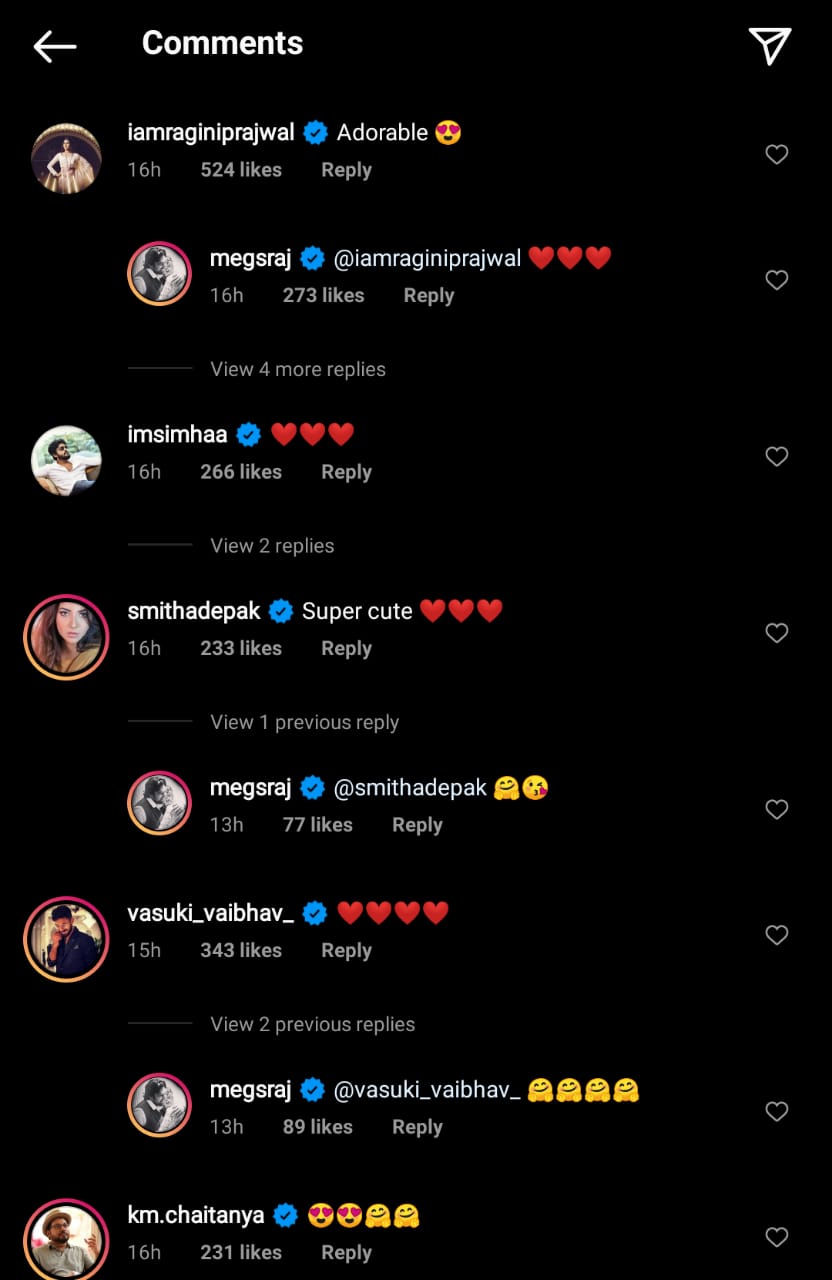