Afghan Female Filmmakers Fear End Of Filmmaking In Country; 'They Can Find & Kill Us'

The return of the Taliban has sent a shockwave through Afghanistan. Afghan female filmmakers have revealed their fear about the end of filmmaking in the country 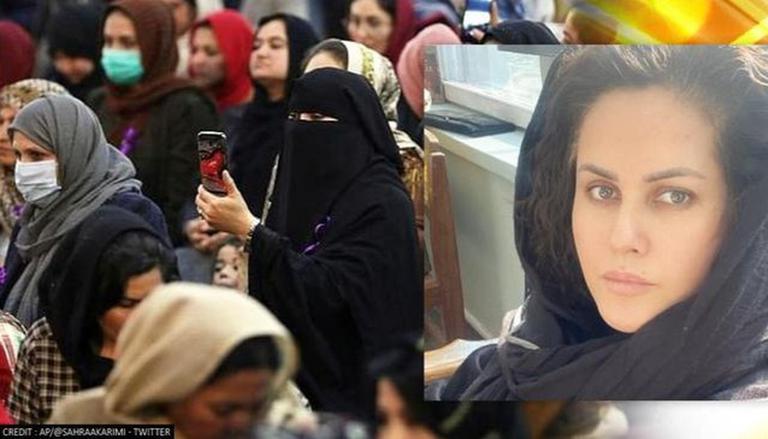 
The return of the Islamist group Taliban has sent a shockwave through Afghanistan. The militant group took over the capital city, Kabul and the nation's government collapsed in totality on Sunday. With the Taliban's rise in the war-torn nation, democracy, too, is crumbling as the militant group announced to impose their own version of Sharia Law.

As per the new establishment in Afghanistan, Afghan women's rights will also be quashed including having to cover themselves head to toe in a burqa, not allowed to leave their homes alone (without a man as an escort), with even deprived of the right to employment and education. Recently, in a written interview with Variety, Afghan female filmmakers have discussed the ongoing crisis.

Recently, in a conversation with Variety, Afghan filmmaker Sahraa Karimi, who directed Venice-premiering Hava, Maryem, Ayesha, and is the head of the State-run company, Afghan Film, noted that when Taliban took complete control of the majority of the country in the year 1996, they had immediately shuttered or bombed cinemas, smashed televisions and forbade music. The director fears 'free-thinking' would put artists in particular danger. Karimi said that for the past five years, the Afghan filmmakers were the 'cultural ambassadors' who showed the new face of the country to the world. She added that Afghan nationals are the ones who 'generate real change' that comes through culture, cinema, theatre. She noted 'art inspires thinking and questions.'

READ | 'If I had a gun, I would have shot you down': Afghanistan woman stands up against Taliban

Sahraa Karimi escaped from Afghanistan to Ukraine on Monday with her two assistants and assorted family members. She had penned an open letter calling on filmmakers globally for help. The filmmaker vows to never stop making films but witnessing the prospect of working in an ongoing crisis is sobering, she considers it 'the biggest sorrow she has had in her life.'

Another Afghan filmmaker Diana Saqeb Jamal described the grief that weighs on her like 'the whole of the Hindu Kush mountains.' She said that she is trying to avoid any nostalgia for 'past Kabul, or Afghan cinema, or the cultural center.' Jamal reveals that the filmmakers were 'hopeful' that after a decade, Kabul would be a 'democratic example' for the South Asian region, but now they are starting again from 'zero for the 100th time.'

Stand up Afghanistan!
Never ever knee to the terrorists. https://t.co/5N7SJDyz7j

The helmer of the renowned short film, Roqaia, which was screened in Venice in 2019's Horizons section, has been stationed in Canada for several months now. She had already booked her ticket to Kabul and had plans to film a new documentary on women's rights in a remote village near Iran. The director says that she keeps on reminding herself that she will have 'time to mourn for the loss later because it is all gone.'

The founder of Afghanistan's Documentary House, Sahra Mani reveals artists and civil society workers in the country are trying to avoid sleeping in their own homes that are being marked by the Taliban. She explains that there are only a few Afghan female filmmakers in the war-torn nation and the Taliban might kill them as soon as they find them. US-based Afghan filmmaker, Sonia Nassery Cole, who is currently in Europe doubts that any film will be shot in the war-ravaged nation for the next 30 years.

Despite all odds, Afghan cinema had slowly blossomed in the past decade. Many artists had returned to the country after the US forced the Taliban from power in 2001. Afghan films also gained worldwide recognition by winning numerous acclaim at international film festivals. However, the progress has been obliterated overnight with the return of the Islamist group, that imposed harsh restrictions on women.

WE RECOMMEND
Top US officials warned about Taliban's Afghanistan takeover by diplomats in July: Report
Taliban reaches out to Afghan Imams, asks them to urge citizens to not leave country
Days after enjoying rides, Taliban burn down amusement park in Afghanistan's Sheberghan
Taliban 'loves Cricket', says Afghan board CEO after terrorists bring guns to its office
Convoy of Afghan soldiers head to Panjshir to fight Taliban | WATCH