Audrey Diwan Eager To Bring Venice Winner ‘Happening’ To US 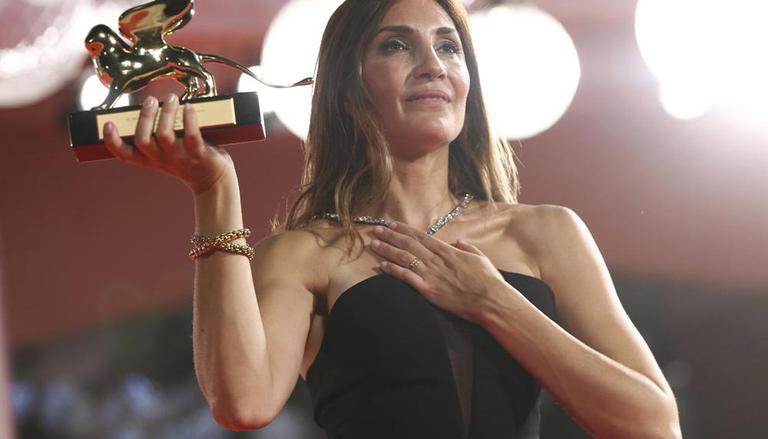 
French filmmaker Audrey Diwan’s life changed forever when her sophomore film “Happening” won the top award at the Venice International Film Festival exactly one month ago. In the four weeks since, Diwan has picked up more prizes, secured a North American distributor in IFC Films and FilmNation and is in the running to represent France at the Oscars in 2022.

“Happening's” Golden Lion win surprised many simply because of the high-profile competition which included the likes of Jane Campion and Paolo Sorrentino. Hers was a subtle film about a college student in France in the 1960s who is seeking to terminate an unexpected pregnancy and stars a relative unknown, Anamaria Vartolomei. And yet it broke through as the unanimous choice for the prestigious prize from a decorated jury that included “Parasite” director Bong Joon Ho and “Nomadland” director Chloe Zhao.

It’s been a banner year for female filmmakers in France. Earlier this year, Julia Ducournau became the second woman ever to win the Palme d’Or at the Cannes Film Festival for her wild body-horror slash family drama “Titane.” Ducournau’s film is also in the running for France’s Oscar submission, which will be decided Tuesday. The last time France selected a woman's film for the Academy Awards was 2015 with Deniz Gamze Ergüven's “Mustang."

“I think it says something really strong about the industry in general. What happened basically is that they allowed more women to do movies,” Diwan said. “And it’s a mathematical question: If you allow more women to make movies, of course they will be rewarded. But you have to look carefully at the very beginning, at the moment where the industry gives you the money to make your movie.”

Diwan didn't actually pick up a camera until she was in her 30s. She studied journalism and political science and wrote novels and screenplays before deciding to direct. Her first feature, “Losing It," came out in 2019.

“I feel now that I’m ready for what I want to do because I’ve had so many different experiences,” Diwan said. “I’m finally ready for it.”

“Happening” was not an easy film to get made, despite praise for Ernaux' novel, which was in the running for a Pulitzer. Diwan set out to make something clear-eyed and honest about a young woman from a less privileged background who is desperate to continue her education, as well as the reality of “back alley” abortions.

Although the film is set in the '60s, she’s acutely aware that it’s still relevant. She wrote the movie with Poland in the back of her mind . Then on the way to Venice with the finished film she read about the ongoing situation Texas .

“I did this movie for what it means to me. I love to make movies not to give answers but to ask questions,” Diwan said. “I feel strongly that somehow the movie meets the moment and we have something to discuss and share around it.”

Already, she’s been excited by the conversations and reactions to the piece. Recently in Paris, she said, a young male student told her that he was against abortion but after seeing her film he wasn’t sure anymore.

“Art matters and can open debates,” Diwan said. “Venice was nice because unanimously the jury enjoyed and understood the film. But it means something because they were different genders, ages and from different cultures. That was one of the first times I thought maybe we can share it with lots of different kinds of people.”

Should her film be selected to represent France at the Oscars, Diwan said it will only help broaden that conversation. But she’s also just looking forward to bringing it to the U.S., where it will be released in 2022.

“We are proud to bring this amazing film to U.S. audiences and to introduce Audrey as an exciting new voice in cinema,” said Arianna Bocco, the president of IFC Films. “The film allows the audience to feel and to be challenged in ways that only the best cinema can do.”

Diwan said wants to show the film wherever she can and open up discussion.