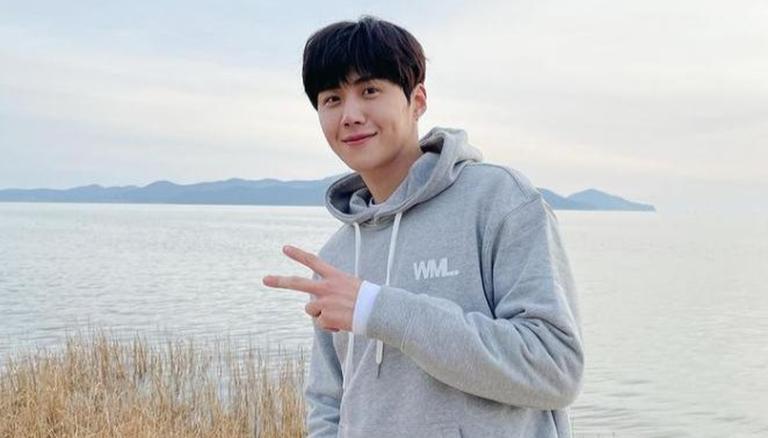 
South Korean actor Kim Seon Ho’s agency, SALT Entertainment has issued an official statement sharing additional information regarding the contract status of the actor. On Friday, the agency clarified the rumours connecting to his recent scandal to contract renewal negotiations is false. In their statement, the agency said that Seon Ho still has a full year left on his contract and further emphasized that they intend to stick with him until the end. They concluded that they have no plans to drop him.

The Hometown Cha Cha actor's agency has officially shut down false rumours about the status of his contract. They have shared a piece of additional information regarding the actor's contract renewal. Read the contract below.

“The rumor about his contract expiring in September is groundless and completely untrue,” stated the agency in an interview with K-Star News. “Contract renewal negotiations typically start when there are three months left on a contract, but [Kim Seon Ho] currently has a year left to go, so it isn’t even time for us to be negotiating a contract renewal yet.”

SALT Entertainment added, “We will be staying with [Kim Seon Ho] until the end.”

The K-drama actor Seon Ho came under fire for his alleged behaviour towards his ex-girlfriend, who took to a South Korean online community forum, Nate Pann, and accused 'Actor K' of forcing her to have an abortion on the false promise of marriage. After many netizens speculated of Kim Seon Ho to be 'Actor K', the actor issued an official apology and announced to be withdrawing from KBS2’s variety show 2 Days & 1 Night Season 4.

The 35-year-old clarified that he had met the person with 'good feelings and intentions.' Kim Seon-ho stated that he wished to meet the person and 'properly apologise' to her, and that he was 'waiting for the time to do so.'

The actor wrote that he was sorry for 'disappointing everyone who trusted' him and supported him right till the end. The Seoul-born artist stated that he 'forgot about' the people who supported him and made him the 'actor Kim Seon ho'. He also extended his apology to all those including officials who he has worked with who have been 'hurt' due to his 'shortcomings.'

Later, the actor's ex-girlfriend, 'A,' she announced she will be taking legal action against death threats and personal attacks. She also confirmed that she has received an apology from the actor. Her statement reads:

I’m sorry for having unintentionally hurt many people with my post.

There was a time when that person and I were both genuinely in love, so I feel bad seeing him collapse in an instant due to what I wrote, part of which was very strong.

I have received an apology from that person, and I think there were some parts that were a misunderstanding.

I don’t want things that are different from the truth to be spread, and I don’t want our story to be exaggerated anymore.

My heart is heavy because I feel that I have caused a lot of damage to many people through this incident.