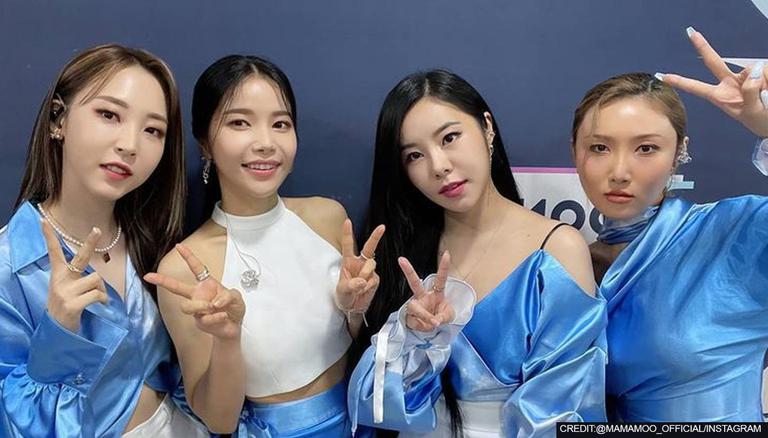 
South Korean girl band MAMAMOO is confirmed to make their comeback in September. This will be the band's first comeback after members Wheein's departure from their label RBW. It will also mark their first comeback since members Solar, Moonbyul, and Hwasa renewed their contracts with RBW. Although Wheein has not renewed her contract, the singer has signed an agreement with the agency due to which she will continue promoting with MAMAMOO in some activities till December 2023.

MAMAMOO to make a comeback in September

As per Soompi, MAMAMOO's agency RBW in a statement confirmed the band's comeback. They said, "MAMAMOO is currently preparing to release a best-of album that will look back on their past seven years this September. It will include new versions of their past title tracks and B-sides that have received lots of love, and they will also be releasing a new song with the album. We will inform you when more concrete details have been decided." The band recently celebrated their 7th anniversary. The group officially debuted with their single Mr Ambiguous on June 18, 2014. Their debut was considered by some critics as one of the best K-pop debuts of 2014.

Wheein shared a handwritten letter addressed to fans after the news of departure from the band was announced. In her letter, she wrote-

READ | Seventeen, Mamamoo and other Kakao M artists back on Spotify after renewed deal

Hello, this is MAMAMOO’s Wheein. I’m sure MooMoo [fandom name] and the many people who supported us heard the news from the official articles. I’m ready to leave RBW, an agency that is like my hometown where I spent ten years since I was a trainee crying, smiling, and slowly getting to where I am now, and move onto a new environment. It’s the first time I’ve encountered something like this in my life, so it’s very unfamiliar and difficult, and I feel many different emotions. Thanks to RBW that worked hard with me for a long time and their efforts, I was able to receive so much love. I would like to express my sincere gratitude to the agency! Thank you MooMoo for being with me for the brightest seven years of my youth. I’ll work harder so that I can spend happier days with MOOMOO and my members, and I’ll also participate in many activities and repay you with good music!

READ | MAMAMOO’s Wheein reportedly leaves RBW; here's what the agency has to say
READ | MAMAMOO's Wheein leaves RBW Entertainment; here are all the details about her departure

WE RECOMMEND
BLACKPINK’s Jennie tops August’s 'girl group member Brand Reputation Ranking'
MAMAMOO's Wheein leaves RBW Entertainment; here are all the details about her departure
MAMAMOO’s Wheein reportedly leaves RBW; here's what the agency has to say
Seventeen, Mamamoo and other Kakao M artists back on Spotify after renewed deal
MAMAMOO is the not the regular Korean pop group; Read all details about them here!