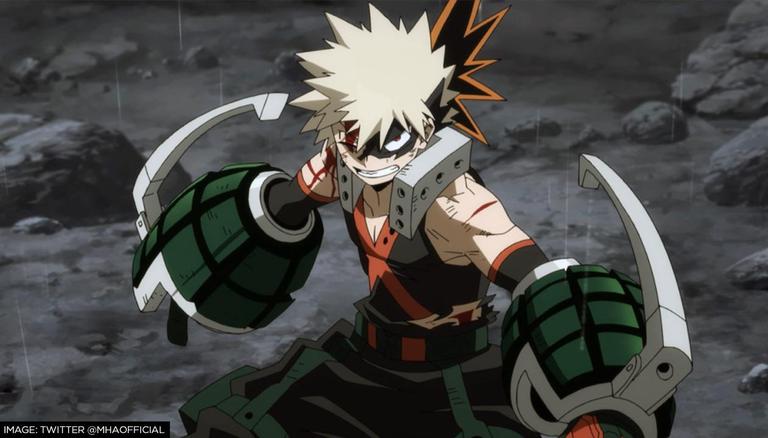 
My Hero Academia is a popular Japanese manga series that features in Weekly Shonen Jump, illustrated and written by Kohei Horikoshi. So, here we bring you some insights into chapter 340 of the series with its release date, spoilers and many more.

My Hero Academia-What is the story all about?

The protagonist of the series is Izuku Midoriya, a youthful kid. On an occasion, he meets his idol All-Might who presents his characteristic OFA to him. With the freshly discovered electrical power, Deku acquires the necessary resources to achieve his desire of becoming the sum individual Hero on the planet. Before revealing details about chapter 340, let us dive into the previous chapter

Mei additionally had different issues, and she came up short on the material to fix it and supplant a couple of things. Mei went out, and Lida reminded her about her armour. She then keeps on running, while at the same time letting him know that they can do that since she does not have the first records. Afterwards, Mei chips away at something, and Deku goes up against her asking her what she is really going after, however, he sees a multidimensional image of U.A evacuation blocks. He was astonished, and Power Loader uncovers that Mei played a crucial role in creating the barrier. Yet, Mei needs to work on security subsequent to building something and creating new elements.

READ | ‘My Hero Academia’ chapter 315 spoiler: Will Deku save Overhaul?

Mei comes in between and reveals that how her innovations function as heroic actions. She threw the glove at Deku, and they hit his face since he was not at all focussed. Mei reveals that it's not a copy duplicate, however she utilizes her innovation to make that. She likewise gave a few gloves to Lida, and exactly the same thing happened to him. Mei grins, realising that they will win the battle and promises them that. On the opposite side, Class 1-A, with Mt. Woman, takes off and reveal their objective has not changed since they will keep looking for the League of Villains and Villains and the Liberation Army.

The students have a realisation that Aoyama's case is still on and contemplate whether they can help him. Todoroki informed them that they will help Aoyama since he knew what he needed. In the Kansai area, Fat Gum, Nejire, and Amajiki battle with the antagonists while ensuring the protection of the civilians. Fat Gum said the forthcoming war would be massive. In the meantime, All Might and Hawks enter a structure. All Might went on revealing that he has gathered all that he will need to execute his plan.

READ | 'My Hero Academia' 317 Spoilers: Will Deku change after the deadly attack by All For One?

My Academia chapter 340 will release on 3 January 2022, the manga series will release the latest chapter on Mondays due to holidays and a weekly break. The spoilers of chapter 340 have not yet surfaced online but it is speculated that the war between the Heroes and League of Villains and the Liberation Army will begin soon as the heroes are all set to defeat them.

READ | ‘My Hero Academia’: Find out which year was hawks born in? Is hawk a Millennial?

WE RECOMMEND
'JoJo’s Bizarre Adventure Stone Ocean' Season 6: Release date, cast and more details
‘My Hero Academia’: Find out which year was hawks born in? Is hawk a Millennial?
'My Hero Academia' gears up for fifth season; Reveals updates on MHA 3rd movie! Read here
My Hero Academia chapter 304 leaks, spoilers, full summary: Deku enters the Vestige
'My Hero Academia': Here is what you need to know about 'One For All' lineage users
Listen to the latest songs, only on JioSaavn.com