South Korean stars Jung Hae In and Ji Chang Wook are all set to appear as guests on tvN’s popular variety show, House on Wheels 3. 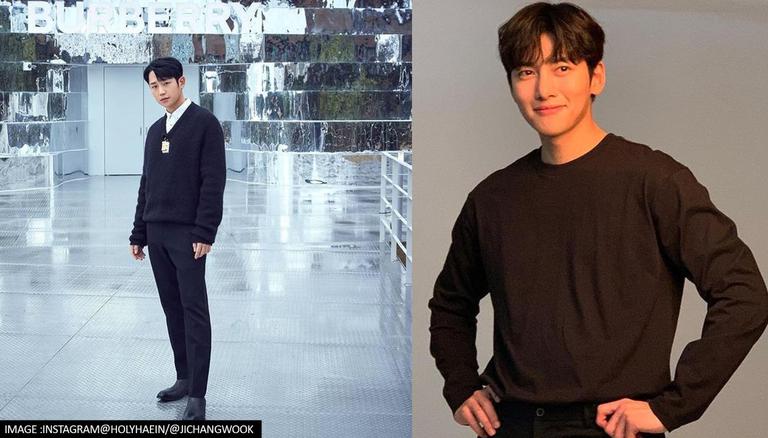 
South Korean stars Jung Hae In and Ji Chang Wook are all set to appear as guests on tvN’s popular variety show, House on Wheels 3. According to a report by the South Korean news outlet, Soompi, a source from tvN confirmed that the episode has already been shot. However, the broadcast date is yet to be decided.

House on Wheels is a popular variety show in which the cast members travel to quiet spots in South Korea in a portable home along with people who are special to them, such as friends or family. The reality show's regular cast members Sung Dong Il, Kim Hee-Won along with a maknae for the season will go on a bus tour for a chat and a meal. Joining them will be actor Gong Myung when in the past it has been Yeo Jin Goo and Im Si Wan for the first two seasons respectively.

Several beloved guests are Gong Hyo Jin, IU, Bae Doona, Oh Jung Se, and Kim Yoo Jung that garnered lots of attention from fans. This episode with guests Jung Hae In and Ji Chang Wook is said to be the biggest episode for this season. House on Wheels 3 airs every Thursday.

Meanwhile, for the unversed, Jung Hae In is currently gearing up for the premiere of his long-awaited drama, Snowdrop. The K-drama also stars BLACKPINK's leader Jisoo in the lead role. On the other hand, Ji Chang Wook is currently filming for Netflix’s original highly-anticipated new series, The Sound of Magic. Ji Chang Wook will be starring with Sung Dong-Il in the upcoming drama titled Tell Me Your Wish. It is slated to premiere next year.

Hae In has earlier starred in tvN’s Prison Playbook with Sung Dong Il. He has also appeared in the film, The King’s Case Note alongside Kim Hee Won. He is also known for hit K-dramas like Pretty Noona Who Buys Me Food and D.P., while Wookie is known for Suspicious Partner, K2, Healer, among others.

READ | 'Lovestruck in the City' on Netflix: All about Ji Chang-Wook & Kim Ji-Won's new drama