Twenty-Five Twenty-One Star Nam Joo Hyuk Talks About His Love Life; 'If I Liked Someone..'

Twenty-Five Twenty-One star Nam Joo Hyuk recently opened up about his love life and revealed, if he had ever confessed his love to someone. Read further. 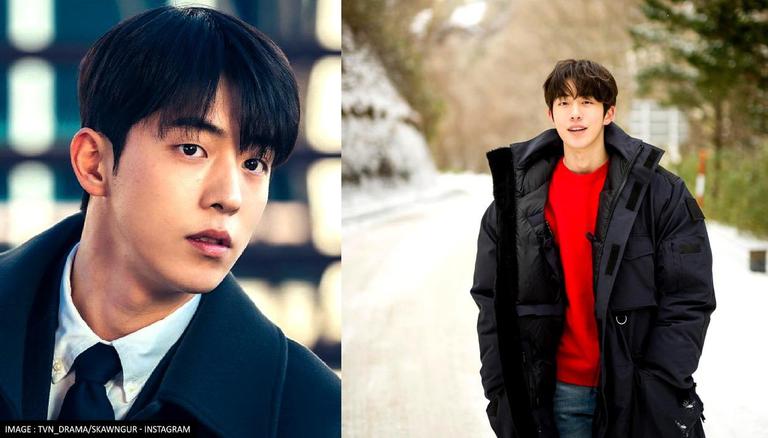 
One of the most popular K-dramas airing currently, Twenty-Five Twenty-One continues its steady growth at the rating charts as fans enjoy the unique coming-of-the-age story. Starring talented actors such as Nam Joo Hyuk, Kim Tae Ri, Bona and more, the drama follows the story of a young fencing athlete navigating through the stages of winning and losing and developing feelings for a young man whose family becomes bankrupt.

Although actor Nam Joo Hyuk had established himself as one of the most sought-after actors in K-dramas, his success has evidently propelled to international heights after playing the role of Baek Yi-jin in Twenty-Five Twenty-One. Recently, the young actor opened up about his love life and drew a parallel from his ongoing drama for his explanation.

In an interview with Esquire via Soompi, the 28-year-old was asked if he ever confessed his feelings for someone to which he affirmed 'There is no way I couldn’t have' and revealed that he did it during his preschool and elementary school. Moreover, he also revealed that he would be 'confessing all the time' in preschool and 'If I liked someone, I confessed, and I’ve also received confessions because some people liked me.'

Furthermore, adding 'I think you should tell someone if you like them', Nam Joo Hyuk drew a comparison with his on-screen partner Kim Tae Ri's Na Hee Do character by saying, ''Take a look at Hee Do. She doesn’t keep her feelings hidden in her heart. She just confesses her love first without even knowing what’s going on,'' he added, ''The important thing is that you have to try in order to gain something. This applies to other things as well. If I didn’t try acting, I wouldn’t even be here.”

As per a report from Soompi, data generated by Good Data Corporation’s weekly list, Twenty-Five Twenty-One ranked on the top position for the sixth consecutive week for generating the most amount of buzz. The data takes into account news articles, blog posts, online communities, videos, and social media for measuring the level of excitement the K-drama has created. The drama is available on Netflix for interested viewers to watch.