ZE:A’s Park Hyung Sik and Han So Hee are all set to feature together in an upcoming romance K-drama titled 'Soundtrack #1'. Read on to know more. 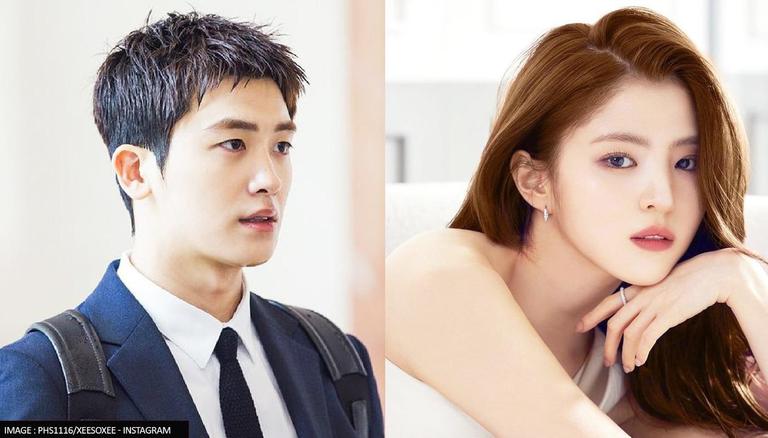 
ZE:A’s Park Hyung Sik and Han So Hee are all set to feature together in an upcoming romance K-drama. According to a report by the South Korean news outlet, Soompi published on Monday, the two actors would be appearing in an exciting new drama titled Soundtrack #1. The drama was earlier titled Why Did You Come to My House. Slated to air in the next year, the new K-drama is being helmed by Vincenzo fame director Kim Hee Won.

The report suggests Soundtrack #1 will be a musical romance drama about a man and woman who have been friends for over 20 years. When the two longtime friends wind up living together for two weeks, they slowly begin to realize their feelings for one another. Hyung Sik will be essaying the role of a charming and young rookie photographer named Han Sun Woo.

His character is warm and caring, who is a man of few words. So Hee will be playing Lee Eun So who is a lyricist. Her character is honest, straightforward, and fun to be around. Penned by Chae Yoon, who earlier participated in the JTBC drama titled She Would Never Know, the K-drama is expected to consist of four episodes.

Meanwhile, Park Hyung Sik is currently seen in Happiness, alongside Han Hyo Joo. Happiness is an apocalyptic thriller drama that is backed by Total Variety Network. The actor is seen in the role of Jang Yi Hyun who is an intelligent detective in the violent crimes section and is keen to protect his loved ones from the unknown enemy. The drama depicts the psychological battle of fear and physical struggle that humans go through to survive the apocalypse against the unknown. The story of the show can be safely assumed to be highly influenced by the ongoing pandemic.

On the other hand, Han So Hee is also in talks to appear in K Project (current title, previously it was titled Gyeongseong Creature). Squid Game star Wi Ha Joon is confirmed to play a role, while Park Seo Joon is also positively reviewing the offer.